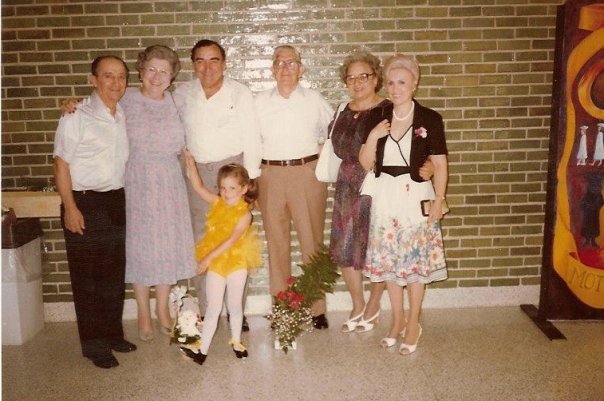 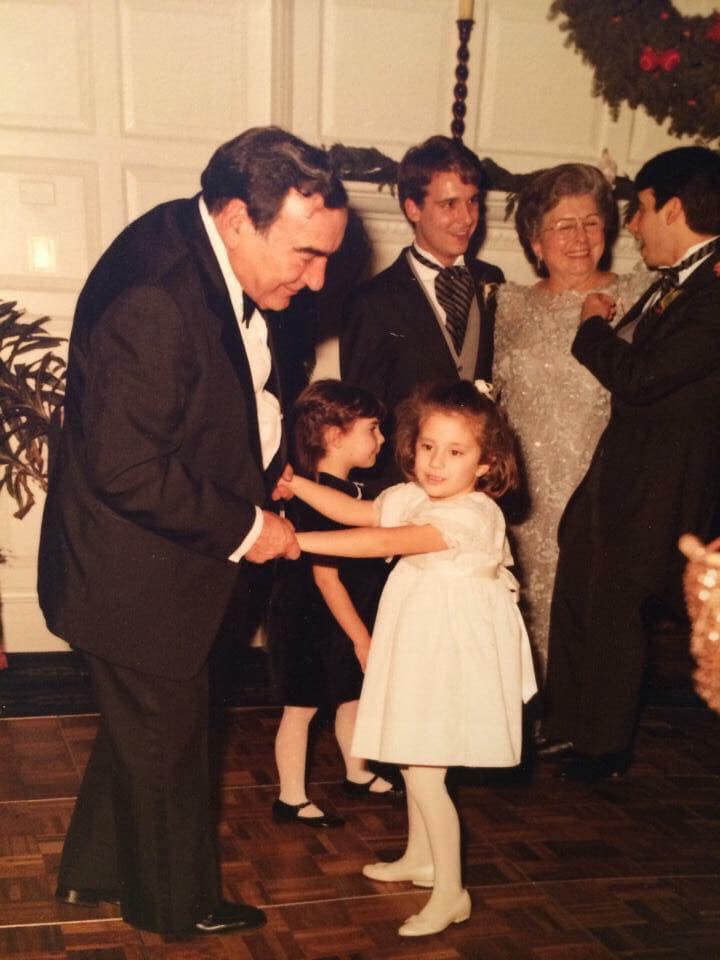 I grew up hearing his story, and even before I knew what it was to recognize immense pride, I felt it, down to a cellular level.

From tourists to conventioneers to celebrities, Gene Michelotti treated everyone the same, applying two mantras to his daily life—the first, “I am not better than you, and you are not better than me. If we respect this, we will get along just fine.” And the second, “The harder I work, the luckier I get.” Not only did they perfectly define his character, these words have actually contributed to defining my own.

In 1941, Gene Michelotti opened Gene & Georgetti steakhouse in the heart of Chicago’s River North
neighborhood (then known for its influx of Northern Italian immigrants) with his friend and partner Alfredo “Georgetti” Federghi. He was just 25, newly married, and in search of a better life for his family. He had come a long way in the few years he had been in the states; upon his arrival from Lucca, Italy, Gene worked as night watchman. Within a few short years, he learned English, started working as a bartender in restaurants throughout Chicago, and met Ida. This simple man with humble beginnings and a burning desire for something more would spark the entrepreneurial flame that has burned brightly in my family for three generations and over seven decades.

I am lucky enough to call this man my grandfather. It’s been over 30 years since I’ve seen his face. Well over 10,000 days since this icon, this legend in the Chicago restaurant industry left this world. And yet, his legacy remains a defining force in my life. And I feel his presence daily.

In addition to my mother’s father, Gene, my own father, Tony Durpetti, was another defining factor, hero, and driving force in my professional life—and my life in general. Coincidentally enough, he was born and raised in the very same River North neighborhood that houses Gene & Georgetti to this day. As funny as fate can sometimes be, my father was born, raised, and spent his formative years in the tenement housing next door to Gene & Georgetti’s 500 North Franklin address. He could often be found standing at the restaurant’s door, holding it open for customers with the hope of receiving a few coins as a tip for the gesture. 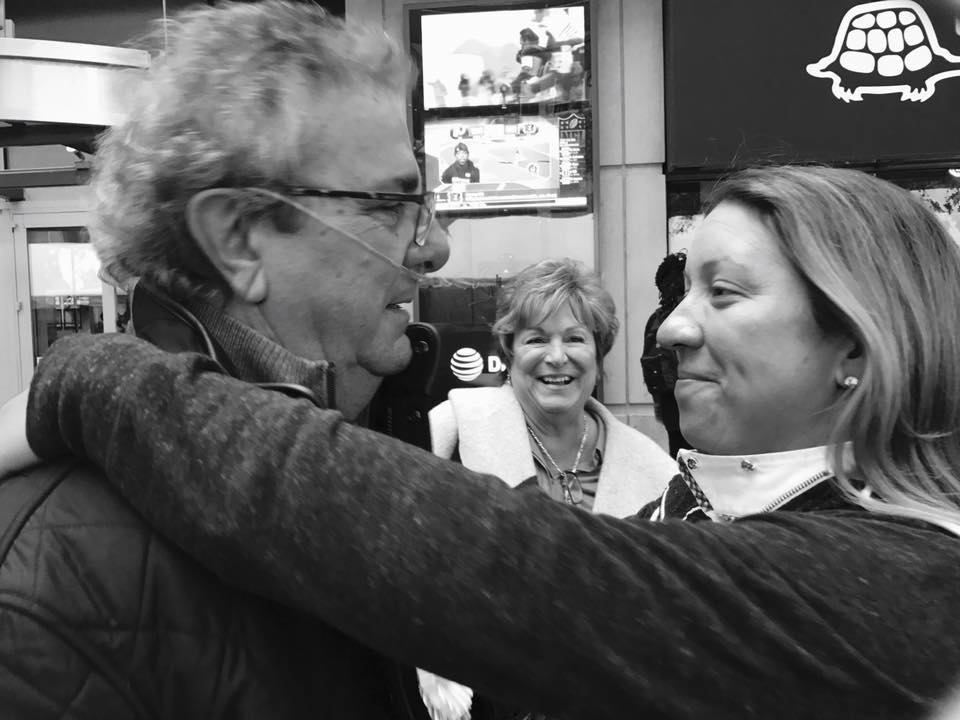 Tony Durpetti was born to humble beginnings, and, like his father-in-law, that served as his greatest motivation, challenging him to stretch well beyond the place from which he came. My father began working at the age of nine. He actually sold newspapers a few blocks from the restaurant and could be found standing outside of a sandwich shop that was owned by Gene’s sister and brother-in-law. (Little known fact: one of the first meat companies that Gene & Georgetti used, Northwest Meats, was founded by Gene’s brother, Bruno. Several of Gene’s six sisters owned and operated small grocery or sandwich shops in the neighborhood, and Tony’s uncle actually owned the other meat company that first supplied the restaurant. Ours is a family full of work ethic and spirit.)
“Ultimately, we are all walking, breathing, living representations of our brand, and it is our job to breathe new life into the story while always honoring those before us.”

This young man sold papers, opened doors, washed cars, walked dogs, and held a myriad of other jobs until he graduated from St. Michael’s in Old Town and was drafted into the army in 1966. When he finished serving his country, he began a meteoric rise in his career in national radio advertising sales, resulting in 12 offices nationwide, record breaking sales in its first year, and his name on the door. He also met and married my mother, Marion, in 1969, after visiting his brother in his new home and seeing my mother walk out of her family home—right across the street. (It has always amazed me that they had never met prior to that even in spite of all of the connections.)

Due to the success of both Gene and Tony, I have led a life very different from theirs. My life has been full of blessings; opportunities; and really amazing places, people, and lessons. 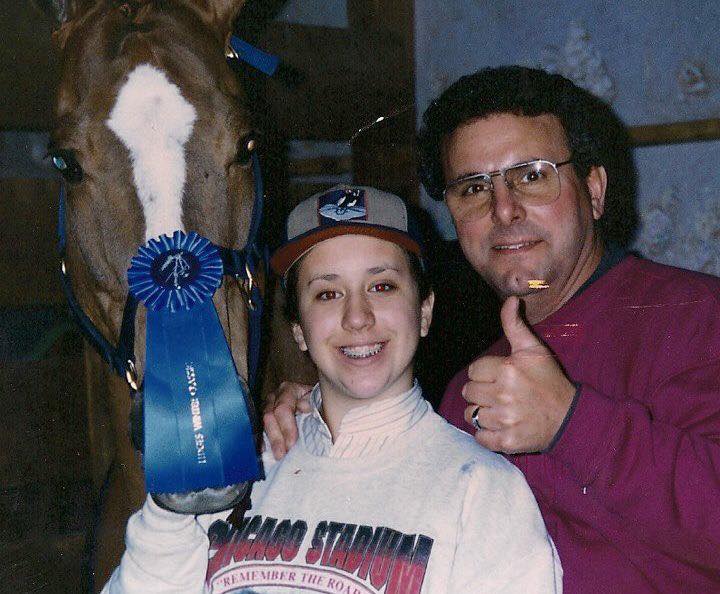 At 18, I left the horses, my parents, and everything I knew in the states to attend university in Florence. As the only child in an Italian family, my parents were not thrilled at the idea of my being so far away, but they never let that overshadow their pride or support. And it was an exploration of my identity that was desperately needed for me. It was a major step in defining myself and I knew upon graduating that I wanted to find my own way, learn my own craft, and make my own mistakes. I needed to be me and not “somebody’s daughter,” and there was not a moment’s hesitation from either parent when they agreed that this was exactly what I needed to do. They told me that “entering into the family business was not my right, but again, another privilege, and one that I must earn.” 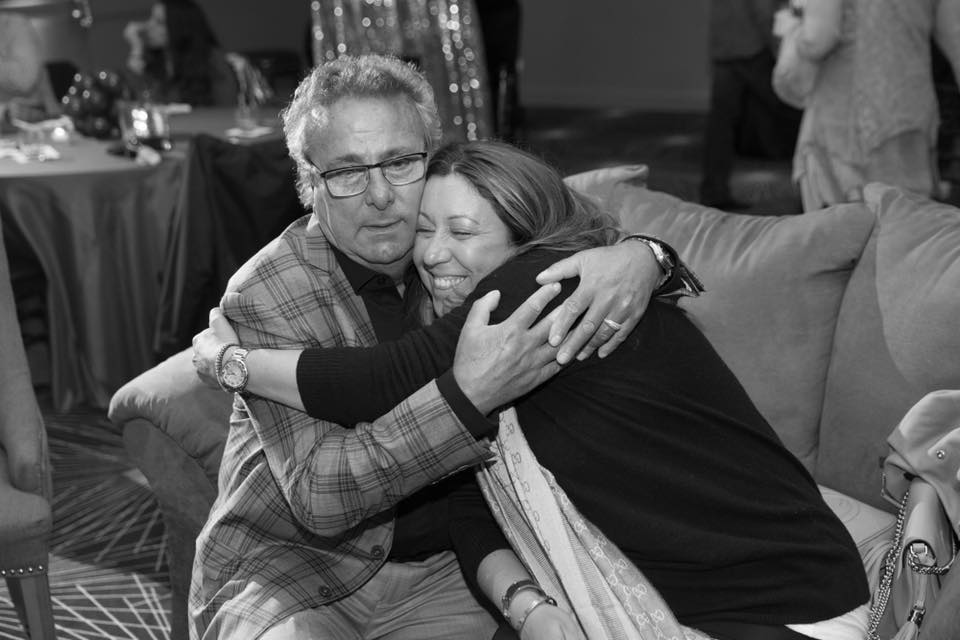 My professional path began in earnest a short decade ago with an internship at a public affairs firm in the same River North neighborhood. I was able to learn about public relations and event production; I made many mistakes and learned many lessons. At a mere 25 years old, JT granted me the opportunity of a lifetime when they presented me with the chance to be a part of the team they were assembling to produce the grand opening and dedication ceremony for the Clinton Presidential Library in Little Rock, Arkansas. I have never felt such pride as I did that extremely rainy day when I was able to look out from backstage and see my parents sitting in the audience, knowing they were there to see me do something none of us had even dreamed of.
These last 10 years have been full of some spectacular accomplishments, even more spectacular failures, really hard work, and me figuring out who I was professionally as well as personally. In 2015, my parents, along with the general manager of Gene & Georgetti (and my cousin), Rich, decided it was time to expand the 74-year-old restaurant brand to include a second location and adjacent events venue. And, just like that, the years of experience in the events production and wedding industry gave me the opportunity to join my family business and be able to contribute valuable knowledge and insight.
The timing was perfect. I had earned my place. 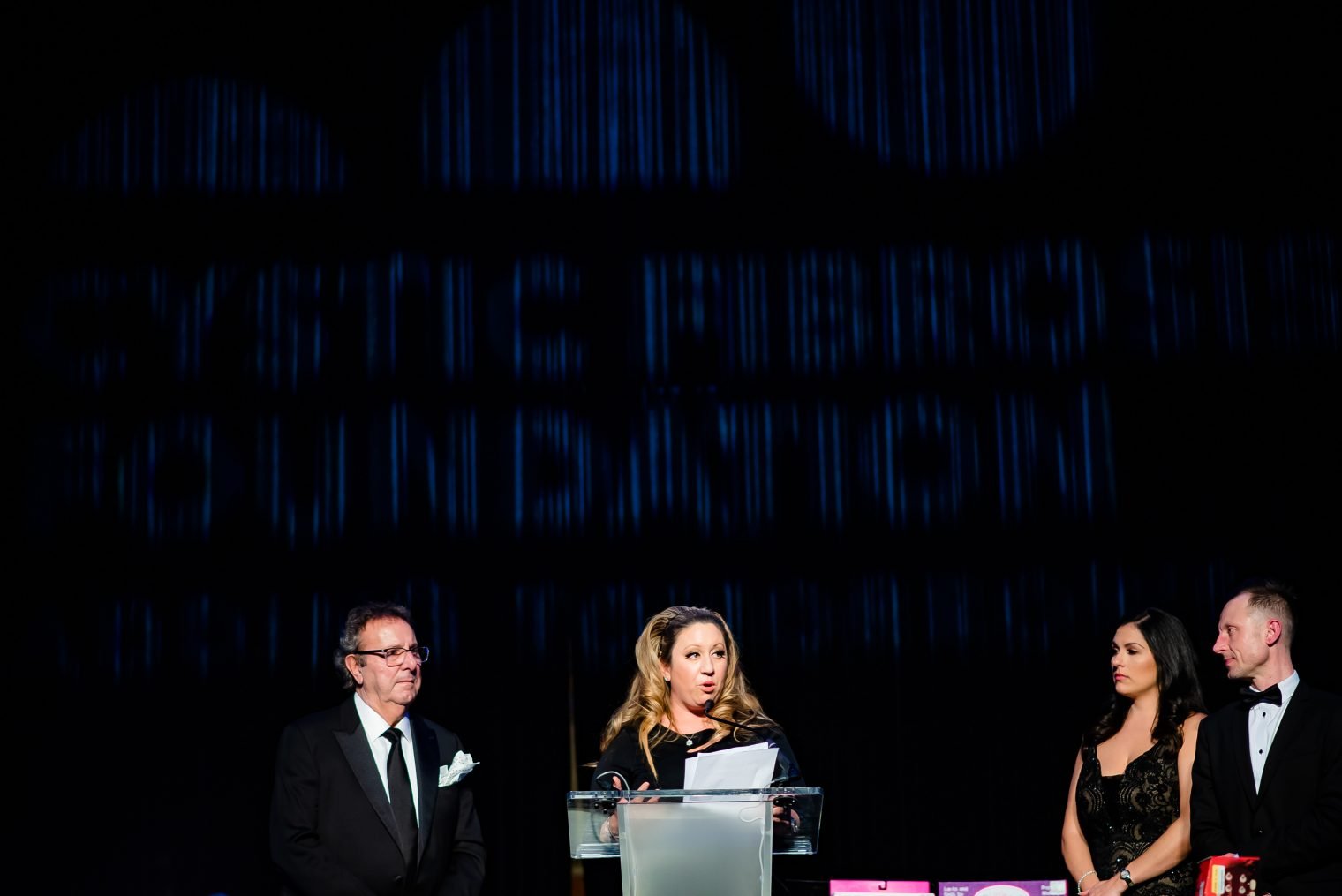 The central, most poignant lesson that I learned over the last year is that the way I answer all of those questions is by realizing that growing up embraced by tradition and inspired by entrepreneurialism made me who I am—a woman who carries every story, memory, and person who has come before me in this business in my heart.

A woman who values relationships and loyalty above all else.

Ultimately, we are all walking, breathing, living representations of our brand, and it is our job to breathe new life into the story while always honoring those before us. And that is the most inspiring feeling there is. The way I manage my identity, my company, and my family’s three businesses, while balancing the horses and even a personal life, is by waking up every day grateful for all that I have; depending on the team around me (my father always says, “You are only as smart as the people that surround you”); laughing as much as possible; and realizing that I come from a long, proud line of Italian Americans that know that the harder we work, the luckier we get. Setting goals and pushing beyond them is one of my greatest joys in life. There is nothing better than a well earned sense of accomplishment, and I have my family to thank for that invaluable lesson.