Andrew Bolton, Wendy Yu Curator in Charge of the Costume Institute, has framed the exhibition around Susan Sontag’s seminal 1964 essay “Notes on ‘Camp,’ ” which posited different ways in which the concept could be construed. Bolton explains that he found Sontag’s writings—in a nutshell, she argued that camp is the “love of the unnatural: of artifice and exaggeration . . . style at the expense of content . . . the triumph of the epicene style”—so timely with what we are going through culturally and politically that, “I felt it would have a lot of cultural resonance.” 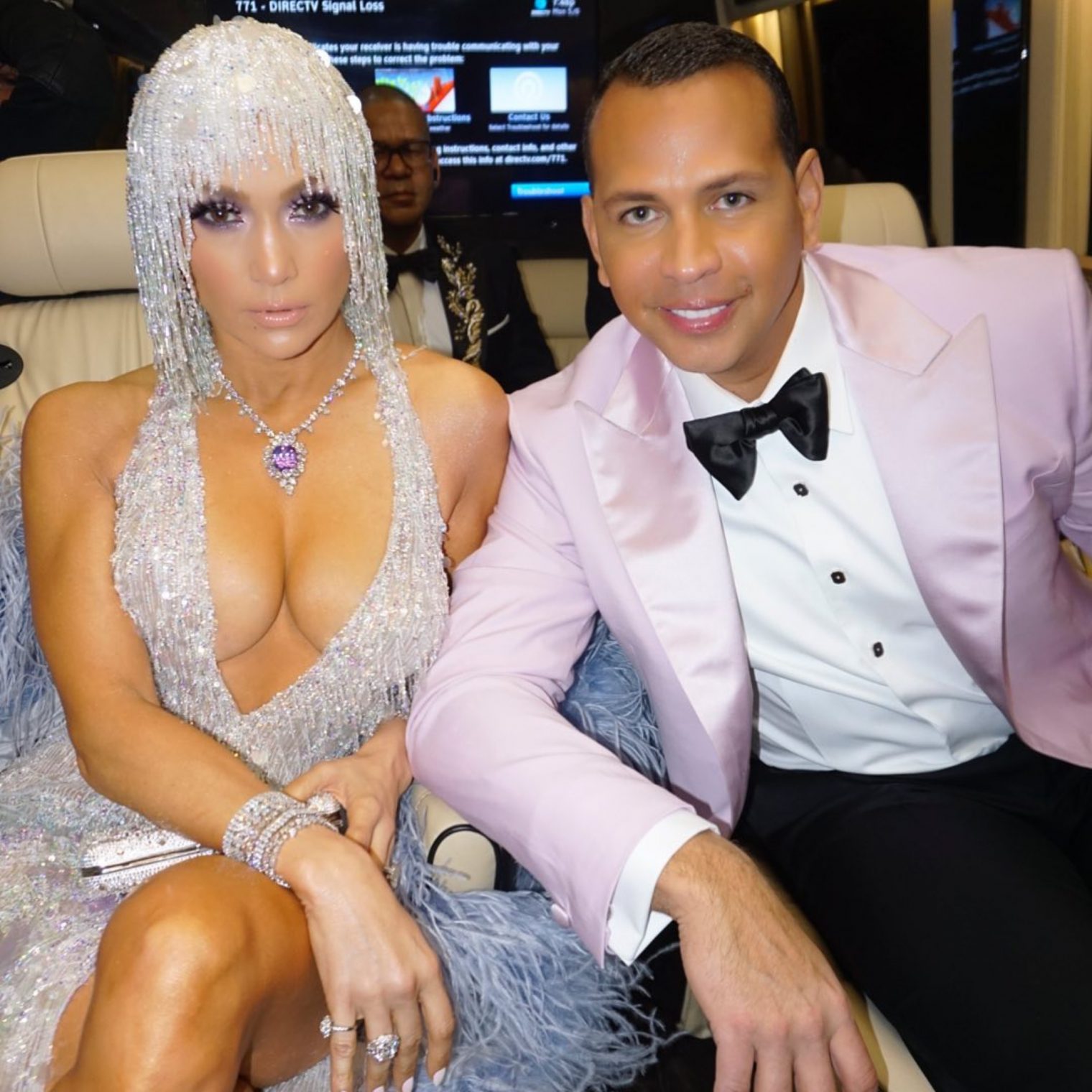 JLO and AROD had the LOOK!

Sontag found camp, for instance, in Busby Berkeley movies and in the he-man actor Victor Mature, in Mae West and General de Gaulle, in Swan Lake, Flash Gordon comics, Caravaggio, chinoiserie, and the entirety of the Art Nouveau movement. “Camp taste has an affinity for certain arts rather than others,” she noted. “Clothes, furniture, all the elements of visual decor, for instance, make up a large part of Camp.”

Camp, as Bolton notes, “has become increasingly more mainstream in its pluralities—political camp, queer camp, Pop camp, the conflation of high and low, the idea that there is no such thing as originality.” Camp, he continues, has been described as style without content. “But I think you’ve got to be incredibly sophisticated to understand camp—look at Yves Saint Laurent and Marc Jacobs. For more, read the original article this was sourced from on Vogue

So how did this translate to that infamous pink carpet? 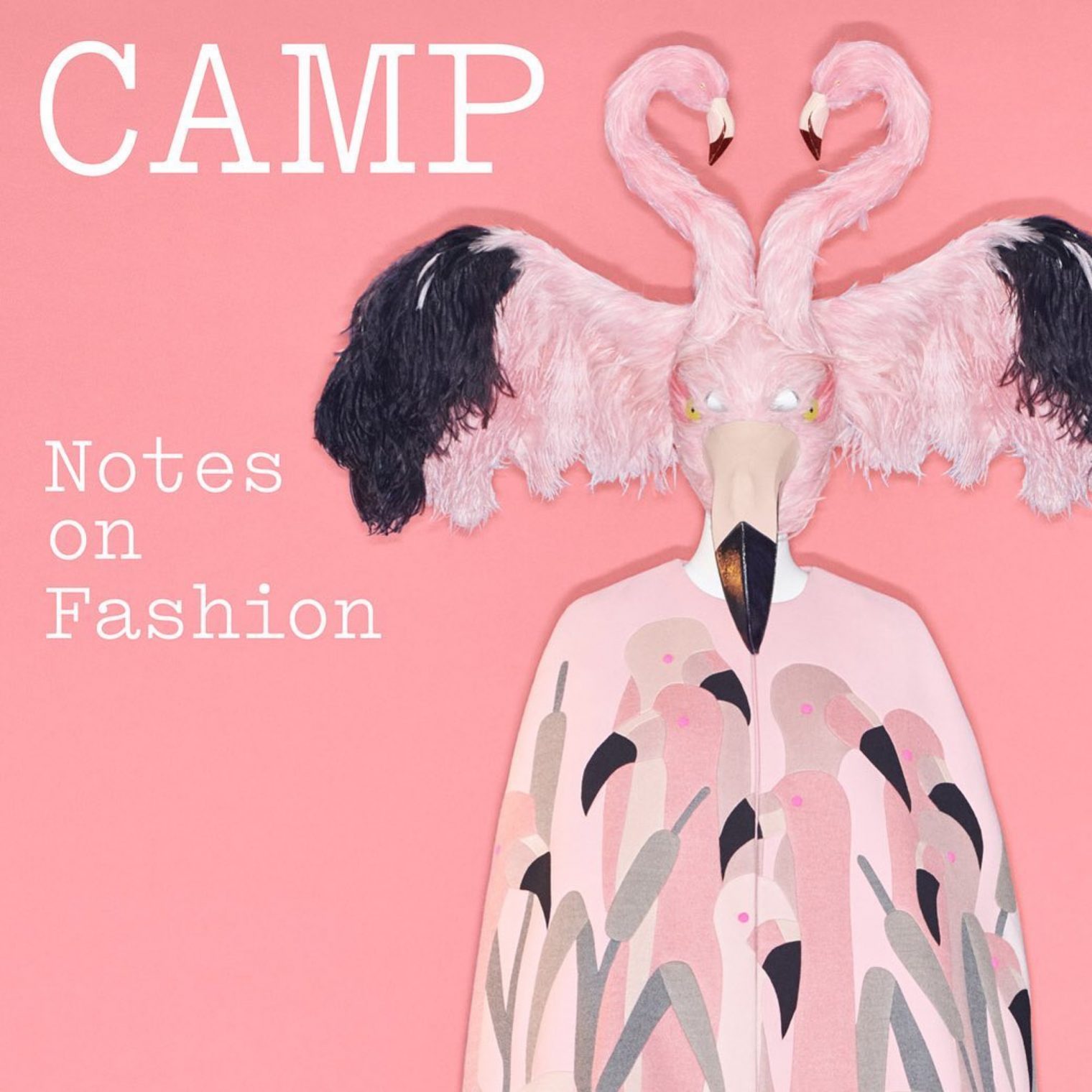 Dietrich and Garland were camp, as are Cher and Elton John, and Bolton mentions the idea of “surplus—when things are too much” as a keynote of camp. “A bow that’s too big,” he says, “too many feathers, too many sequins.” For Bolton, Virgil Abloh’s little black dress printed with the legend “little black dress” in quotation marks is camp, and follows in the camp tradition of such designers as Franco Moschino (and Jeremy Scott for Moschino), Jean Paul Gaultier, Jean-Charles de Castelbajac, John Galliano, and Thom Browne. New-generation designers like London’s Molly Goddard, Richard Quinn, and Matty Bovan; Madrid’s Palomo Spain; and New York’s Vaquera and Gypsy Sport’s Rio Uribe also trade in camp ideas. Bolton is on a roll. “Chanel was camp as a person but her clothes weren’t camp,” he explains, “whereas Schiaparelli was camp as a person and so were her clothes. You end up seeing camp everywhere!”

I happen to love this idea of “when things are too much” but with effortless energy. Fluttering feathers, dripping diamonds, and glam galore are typically right up my alley so I was all kinds of here for this year’s theme. Some of my favorite celebrities really brought their everything to their looks last night.Transformation was the name of the game, and last night celebrated the outrageous and over-the top nature of camp as a sensibility Let’s take a look! 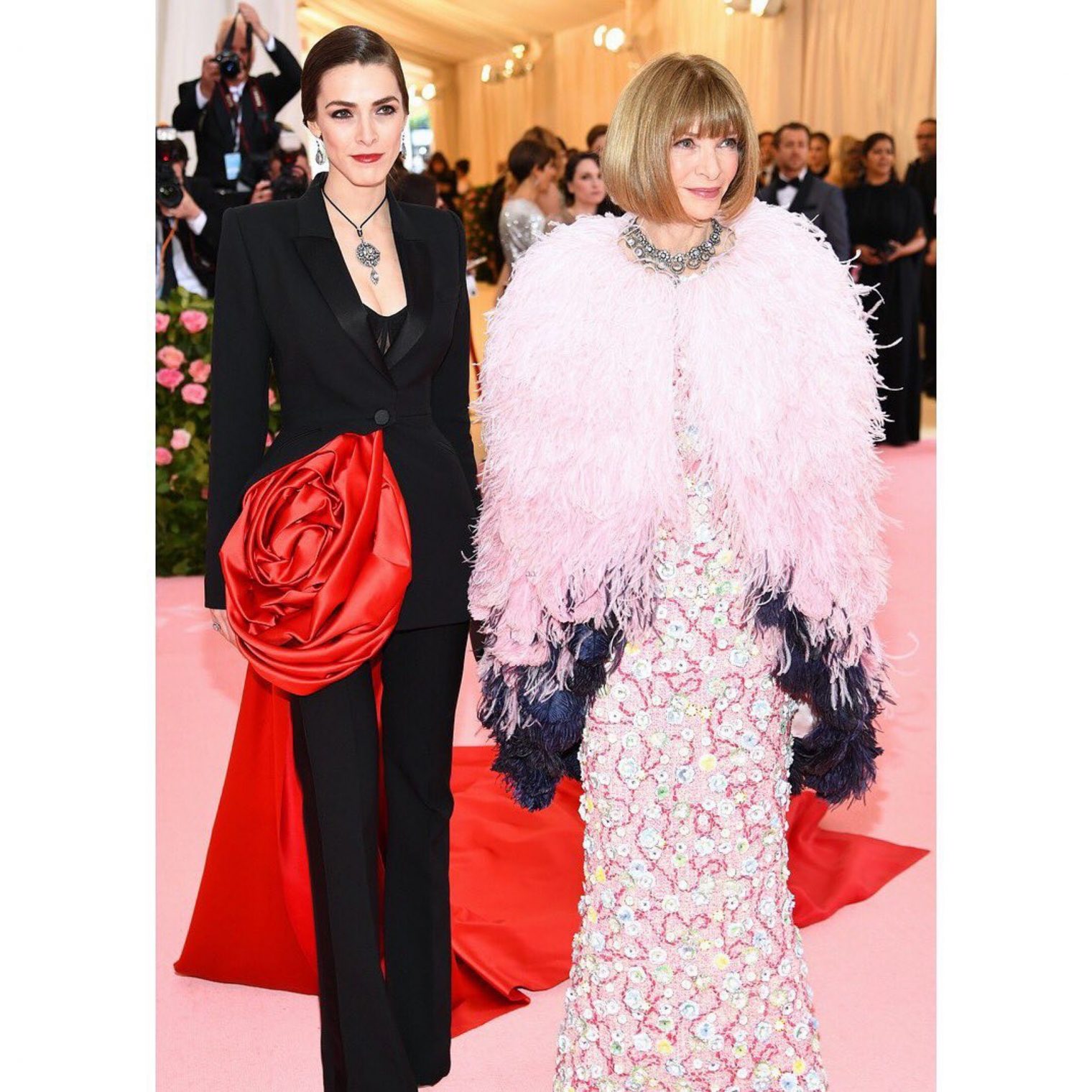 Anna Wintour and her daughter Bee Shaffer arriving on the pink carpet. Earlier in the week, even Ms. Wintour herself did not know what to expect from guests regarding their looks! The Vogue editor in chief arrived n a Chanel couture sequined gown and feathered cape, while her daughter Bee was in Alexander McQueen. That tux and THAT rose was pretty awesome. And, I cannot lie – the feathers on Ms. Wintour were pretty incredible 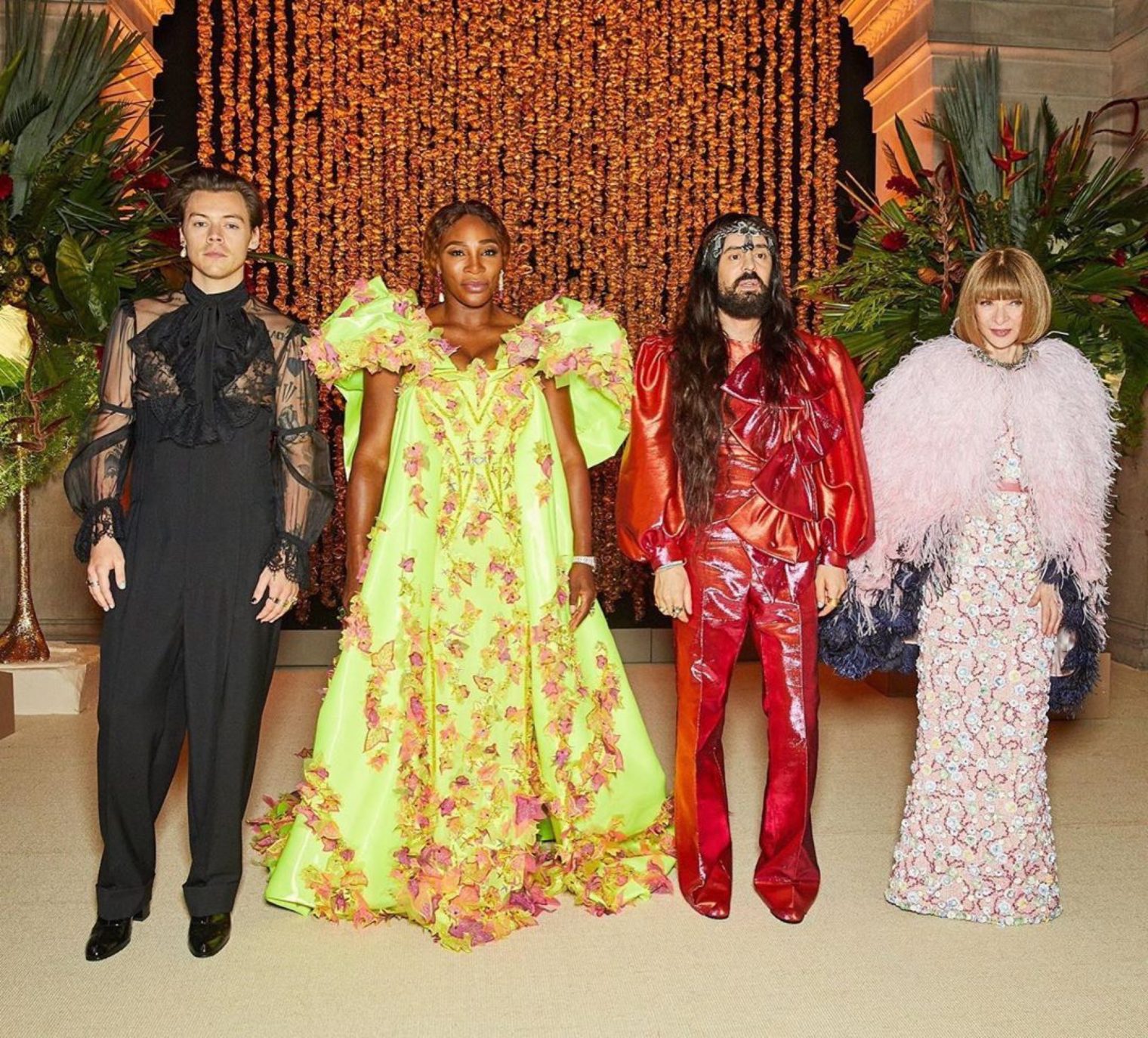 The evening’s co chairs. Harry Styles looked to the theatre to bring his look to life, combining typically masculine + feminine details including a pearl earring – from Gucci. I loved Serena Williams in Versace, compete with neon nike gym shoes. Alessandro Michele the creative force behind Gucci (who has seemingly been mastering the art of camp for quite some time now with the iconic fashion house), And Anna Winter 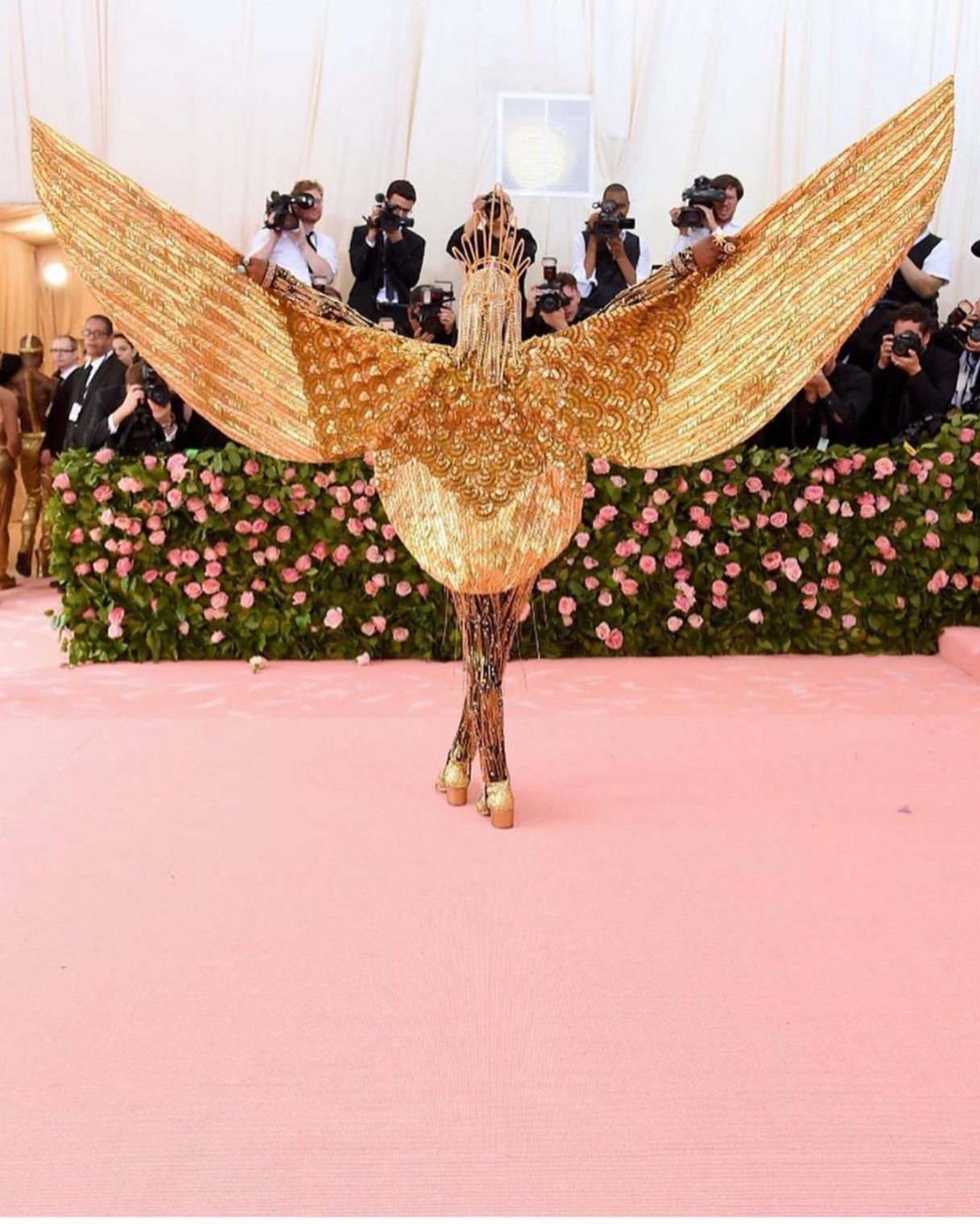 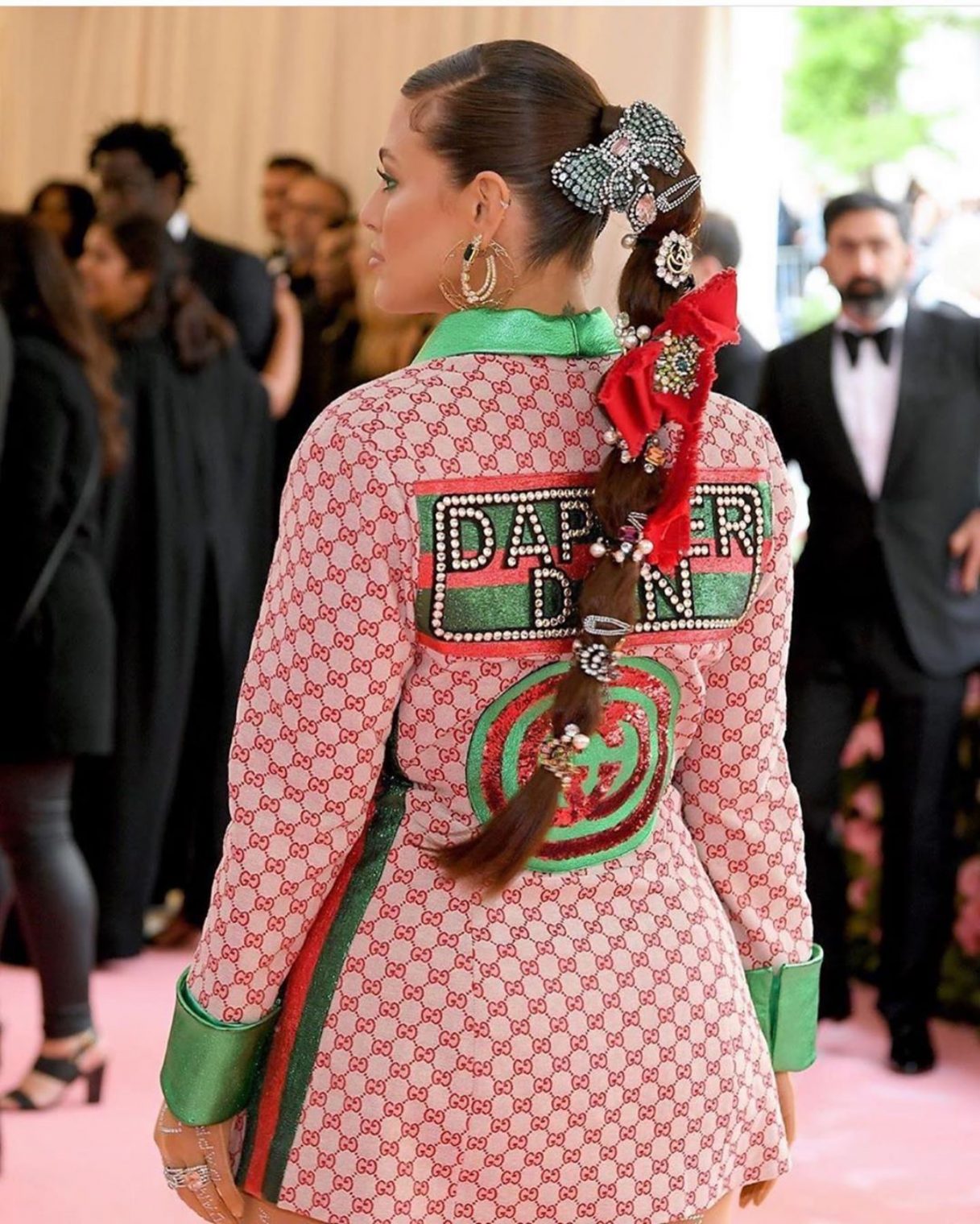 I will never not be a fan of Gucci. I have obsessed over this brand for my entire life. Equestrian roots, Florentine bloodlines – it is everything for me and so is this jacket that Ashley Graham sported. I must say I did not love the bottom half of her look but I thought she pulled it off with such confidence and style and I LOVE that. Also – HAIR BOWS. YESSS all the hair bows! 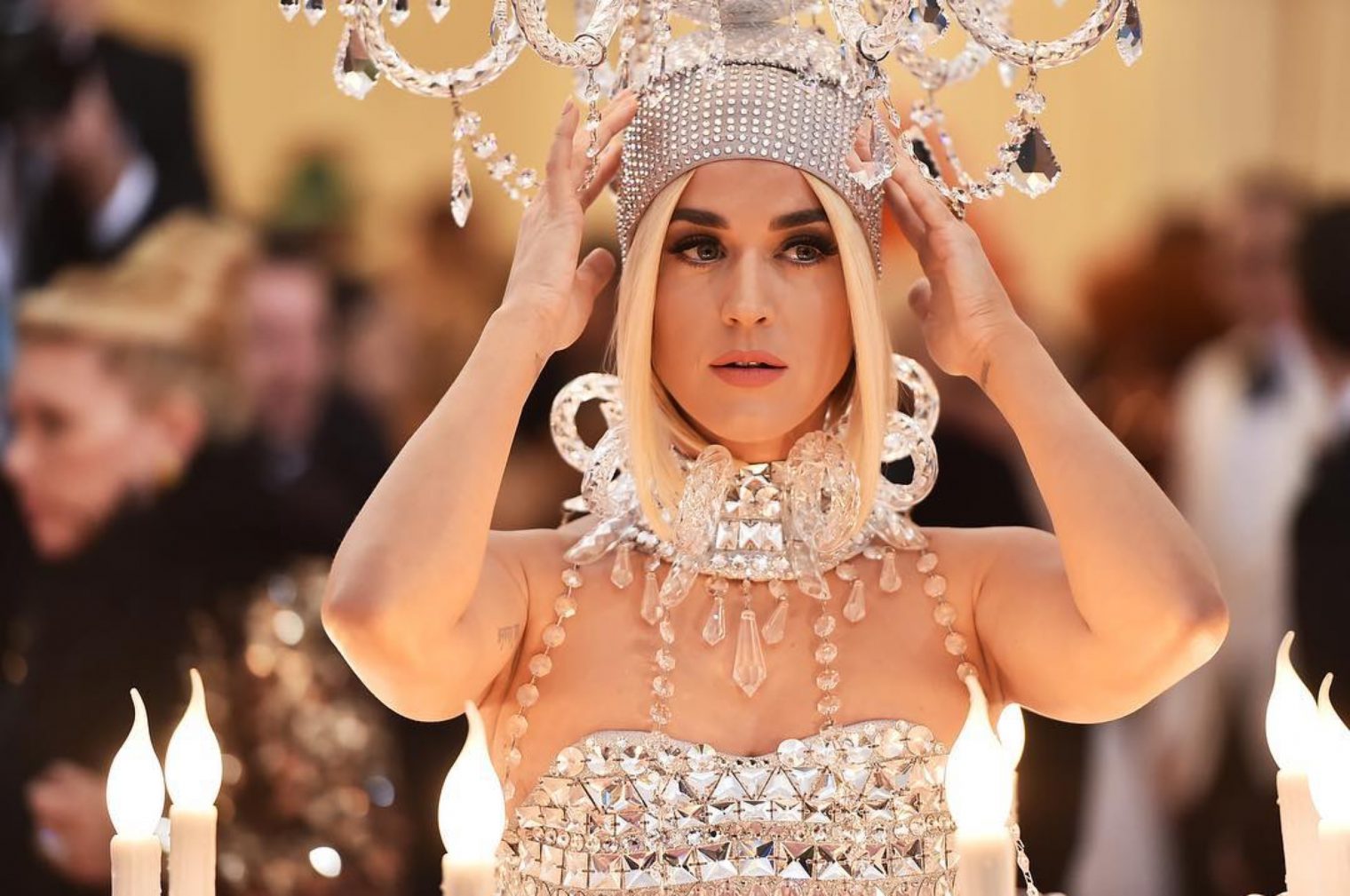 Katy Perry was actually “lit” at the Met. As in, literally as she came dressed as a chandelier. I believe both of her looks were from Moschino and I love how she was quoted saying, “first we set the table, then we dine…” as her second look was a cheeseburger. Literally. 😂 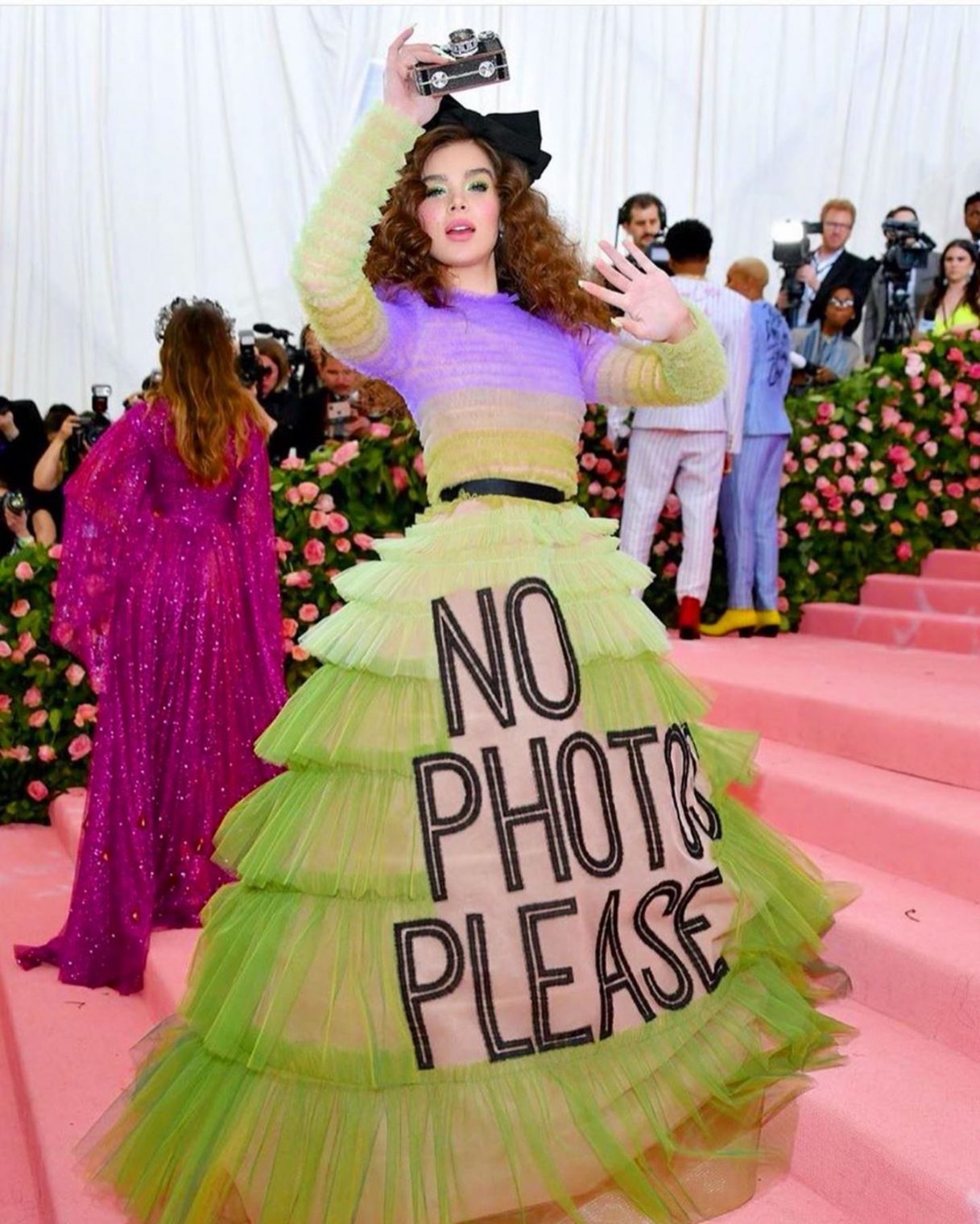 Victor & Rolf with these dresses. I have been obsessed for the longest time and I feel like Hailey Steinfeld nailed this look. Shout out to Rob Zangardi and Mariel Haenn who styled her. Actually they styled the majority of the looks that I obsessed over last night and are known for styling Jennifer Lopez, Gwen Stefani, Hailey, and Lilly Collins pretty frequently. Their style sensibility is next level AF and I love it! 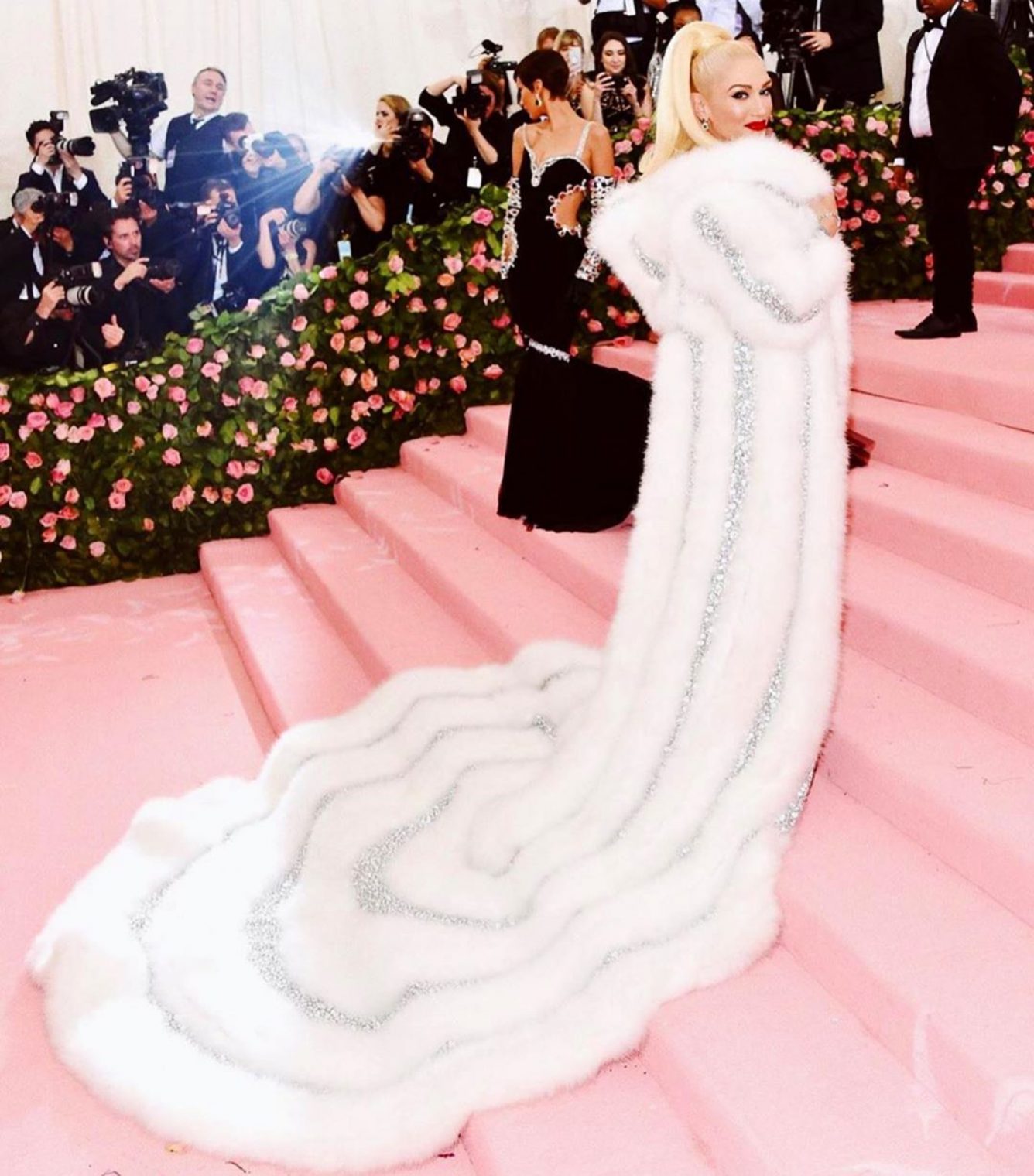 Gwen Stefani was in Moschino, and her jeweled onesie was stunning but I love this image of the pony tail, the red lip and that coat. 🧥 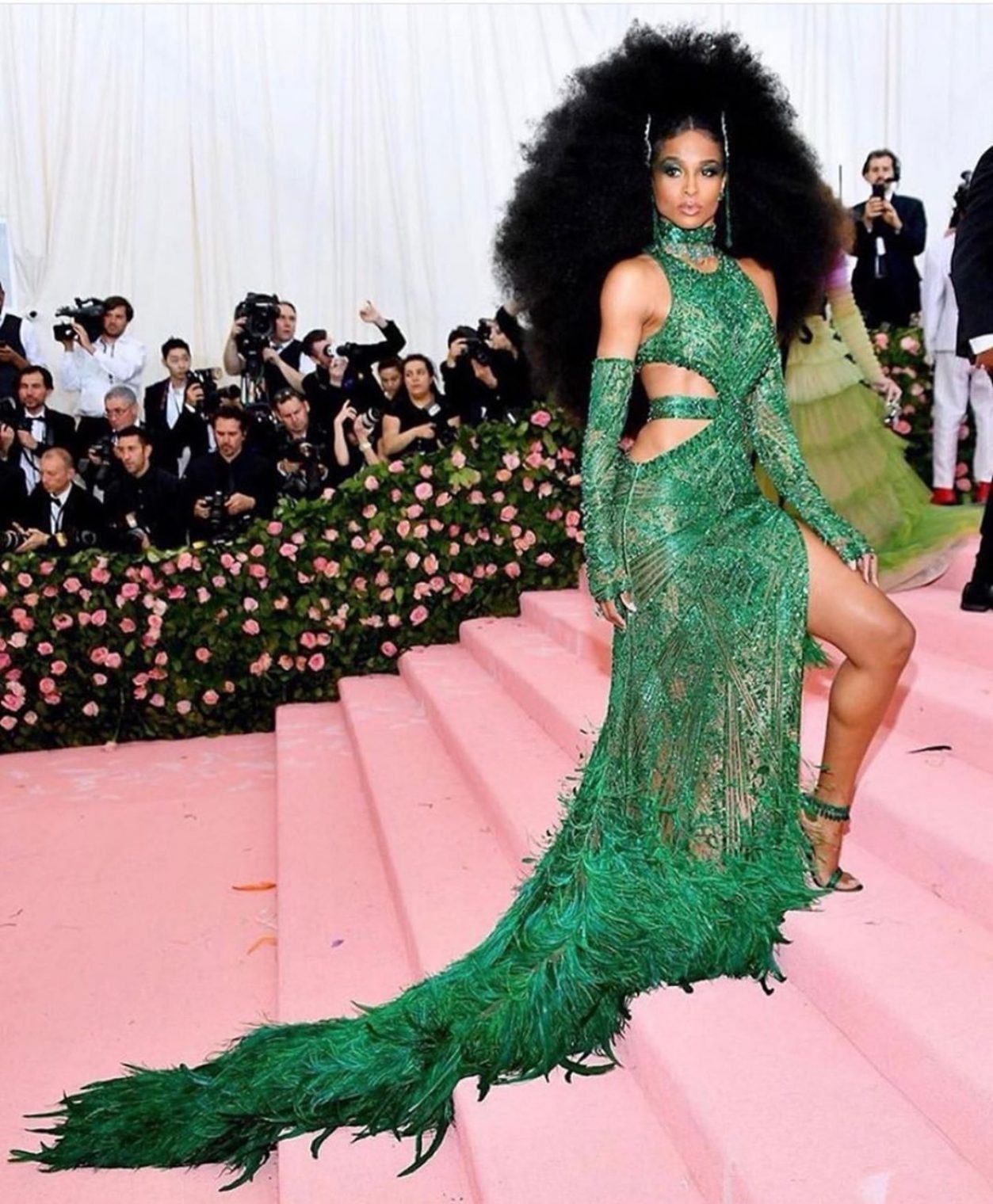 Ciara was a goddess in green – and that hair. Major love here for all of it. She was wearing Peter Dundas, and was styled by Rob Zangardi and Mariel Haenn as well 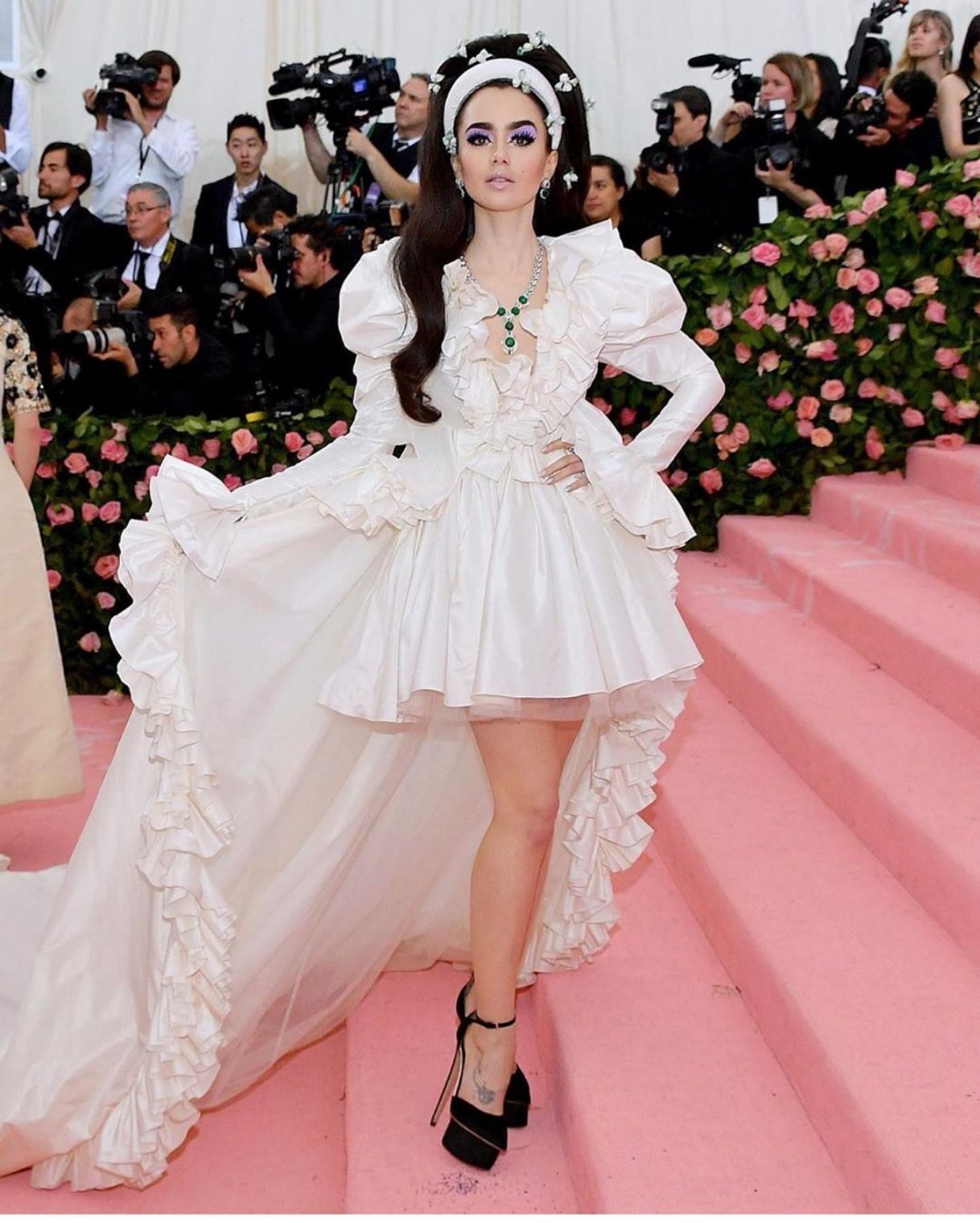 Does anyone have major Priscilla Presley vibes from this look? I do and I am HERE for it! Lilly Collins rocked Cartier and Giambattista Valli and I am all about this hair and makeup look. And the jewels. Also loving the shoes, ok so count me in for the whole thing. Styled by Rob Zangardi + Mariel Haenn 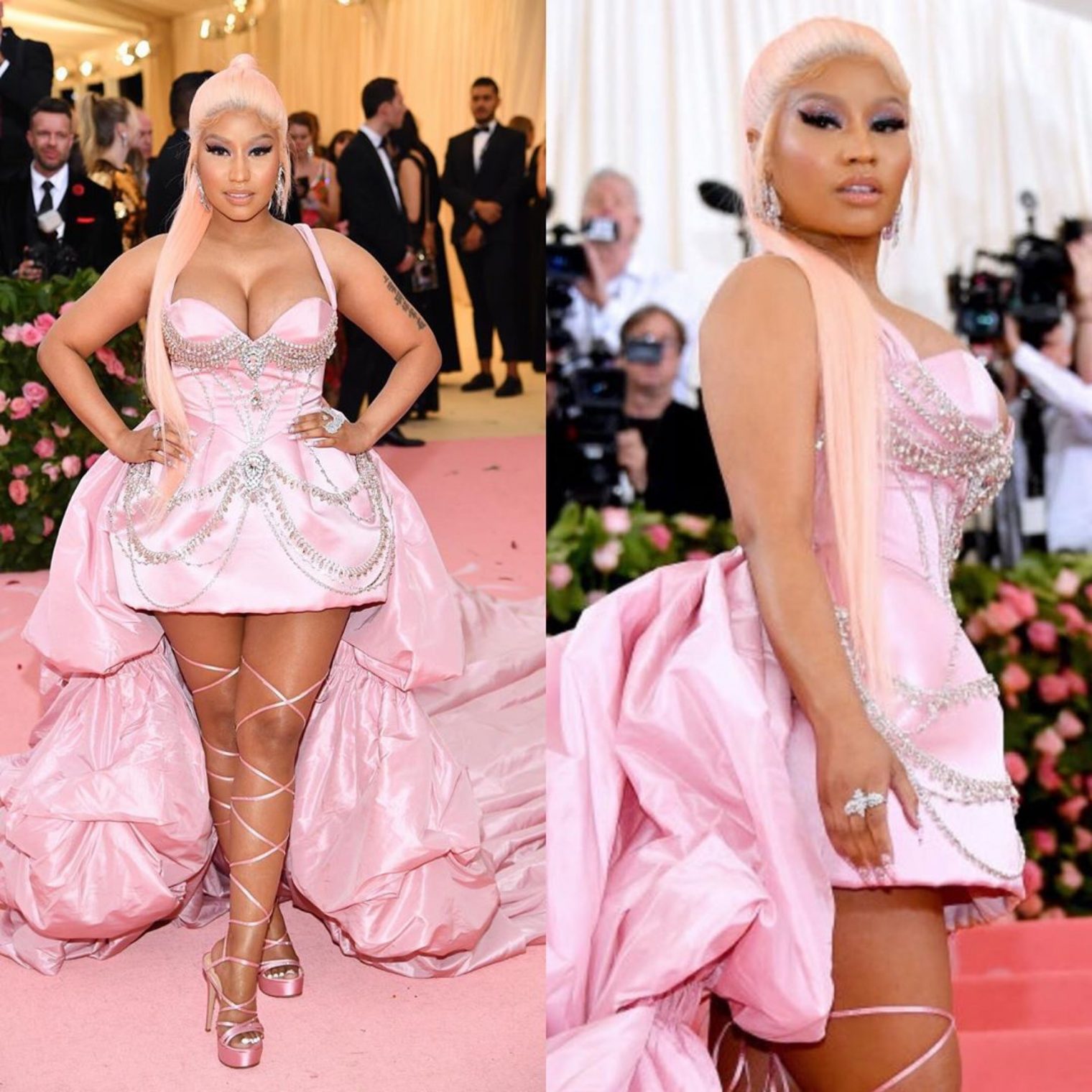 SO Nicky Minaj really did not do it for me last night with her loo,, but I did appreciate the makeup and THAT train. Gown was from Prapbal Gurung 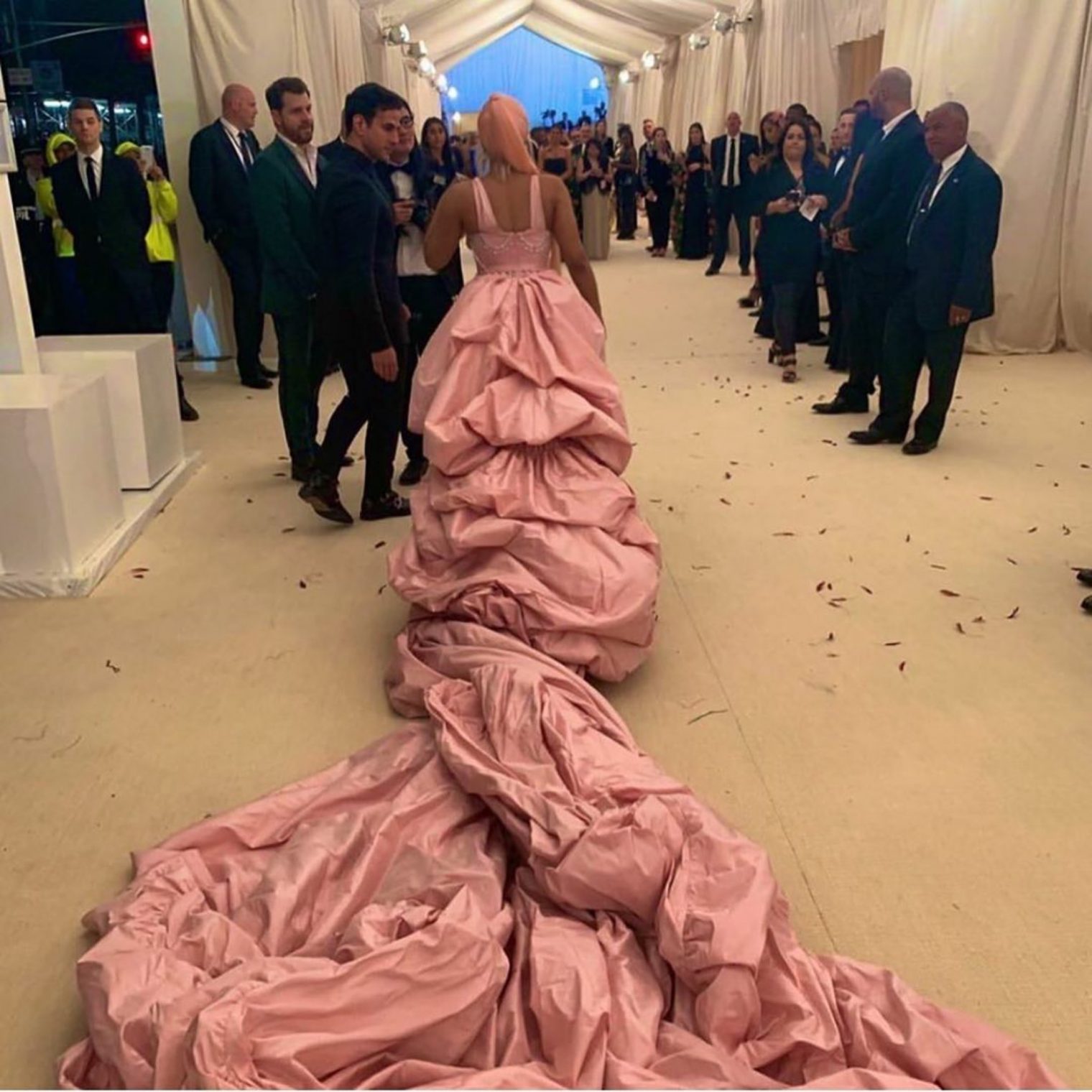 That is a train, folks. Holy smokes. 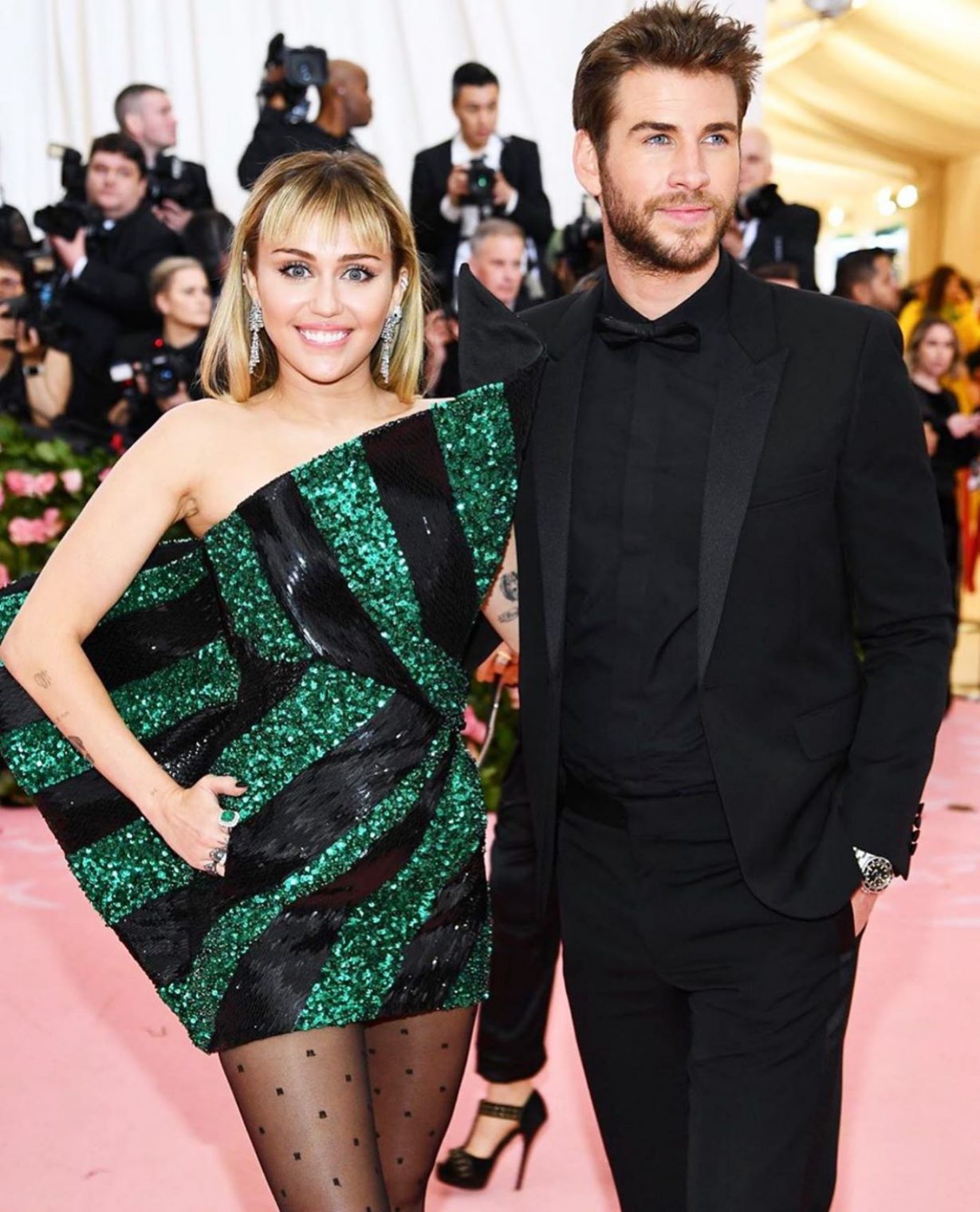 I thought that Miley and the hubs looked gorgeous. It may not have been a look quite as “campy” as others but I truly loved the YSL dress on her and her makeup was on point! 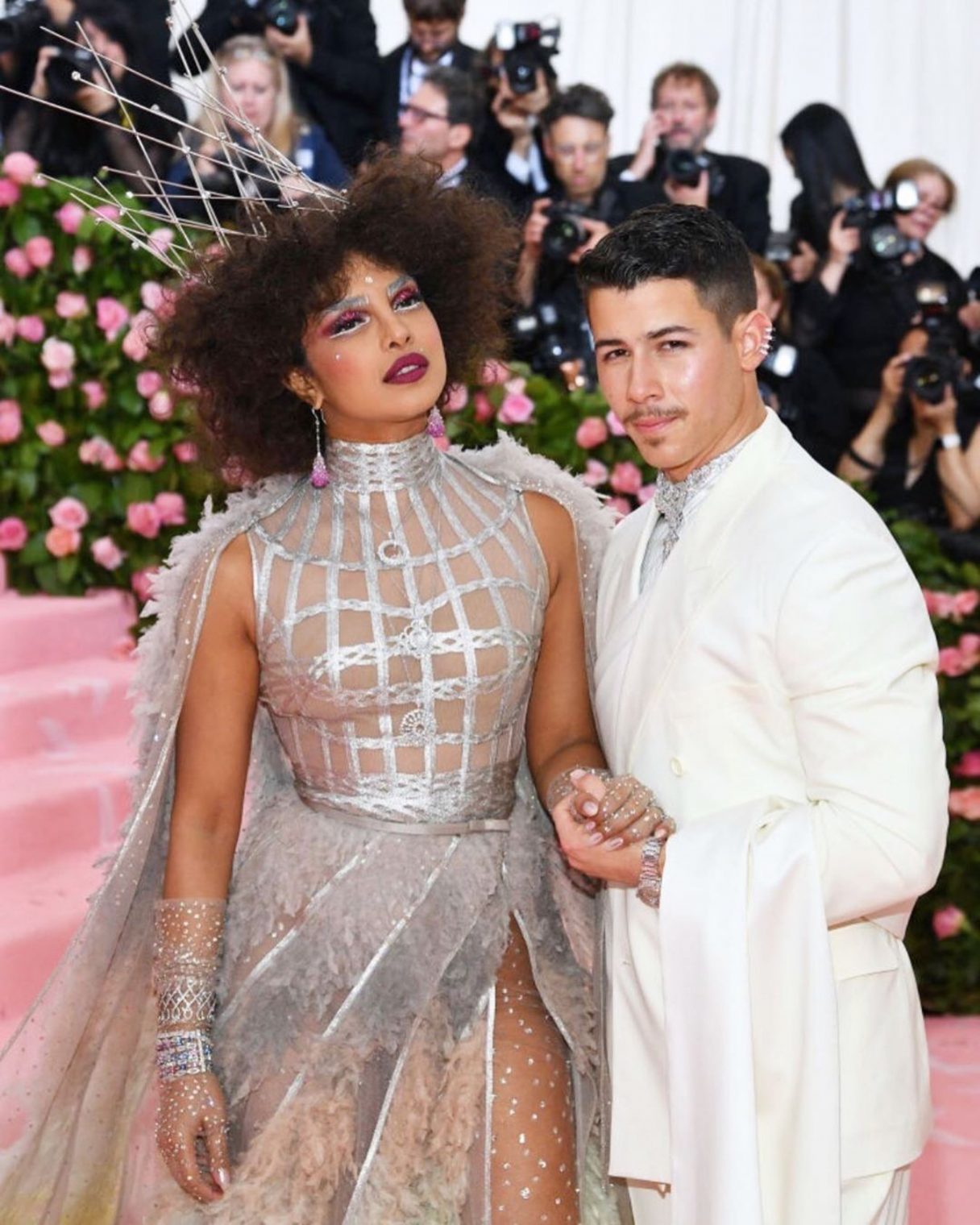 Pryanka Chopra delighted in Dior with chopped diamonds, and was styled by Mimi Cuttrell, another celeb stylist with serious skills. 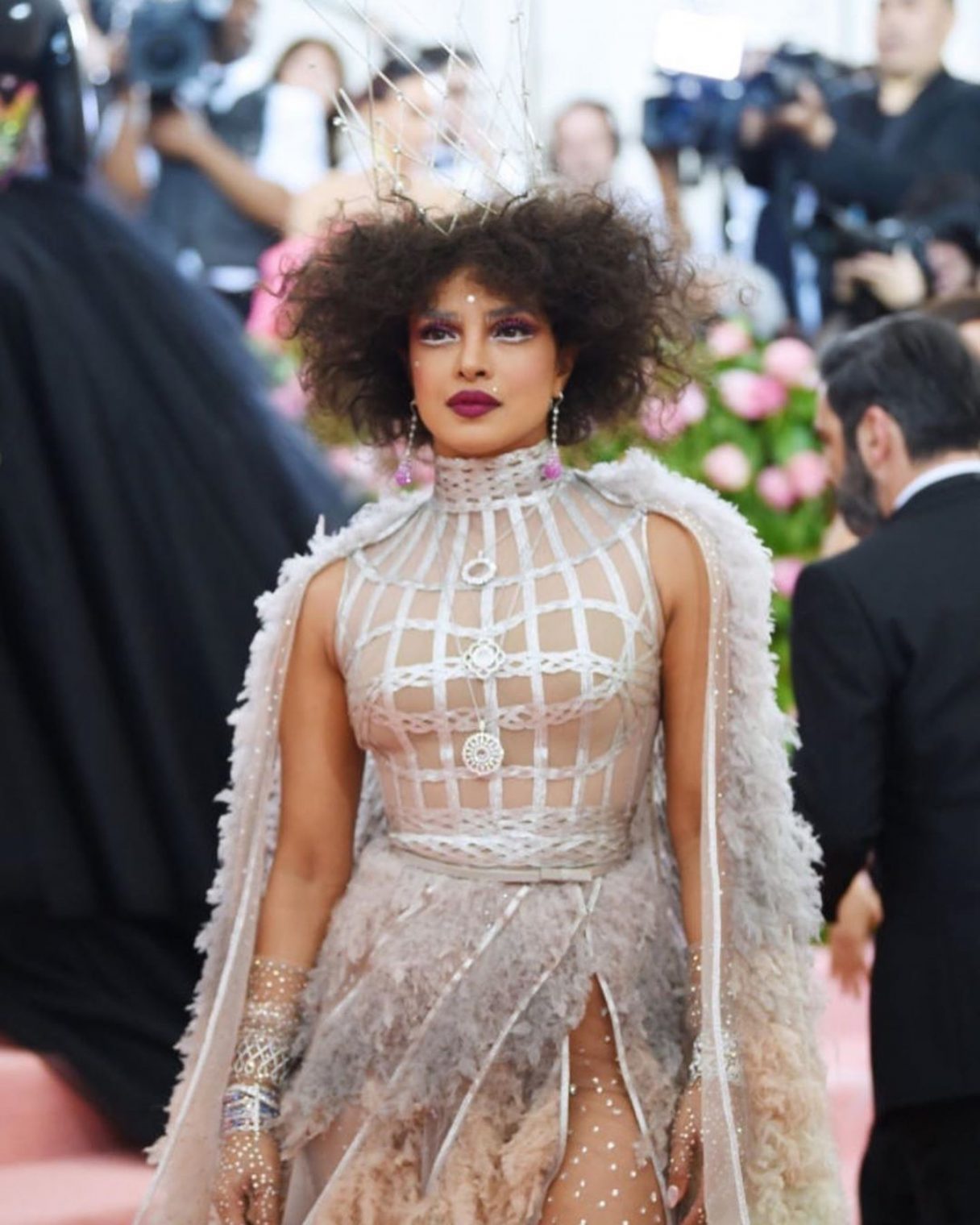 Her hair and the eye makeup was definitely favorite parts of this look for me. I also loved the sheer legs on her! 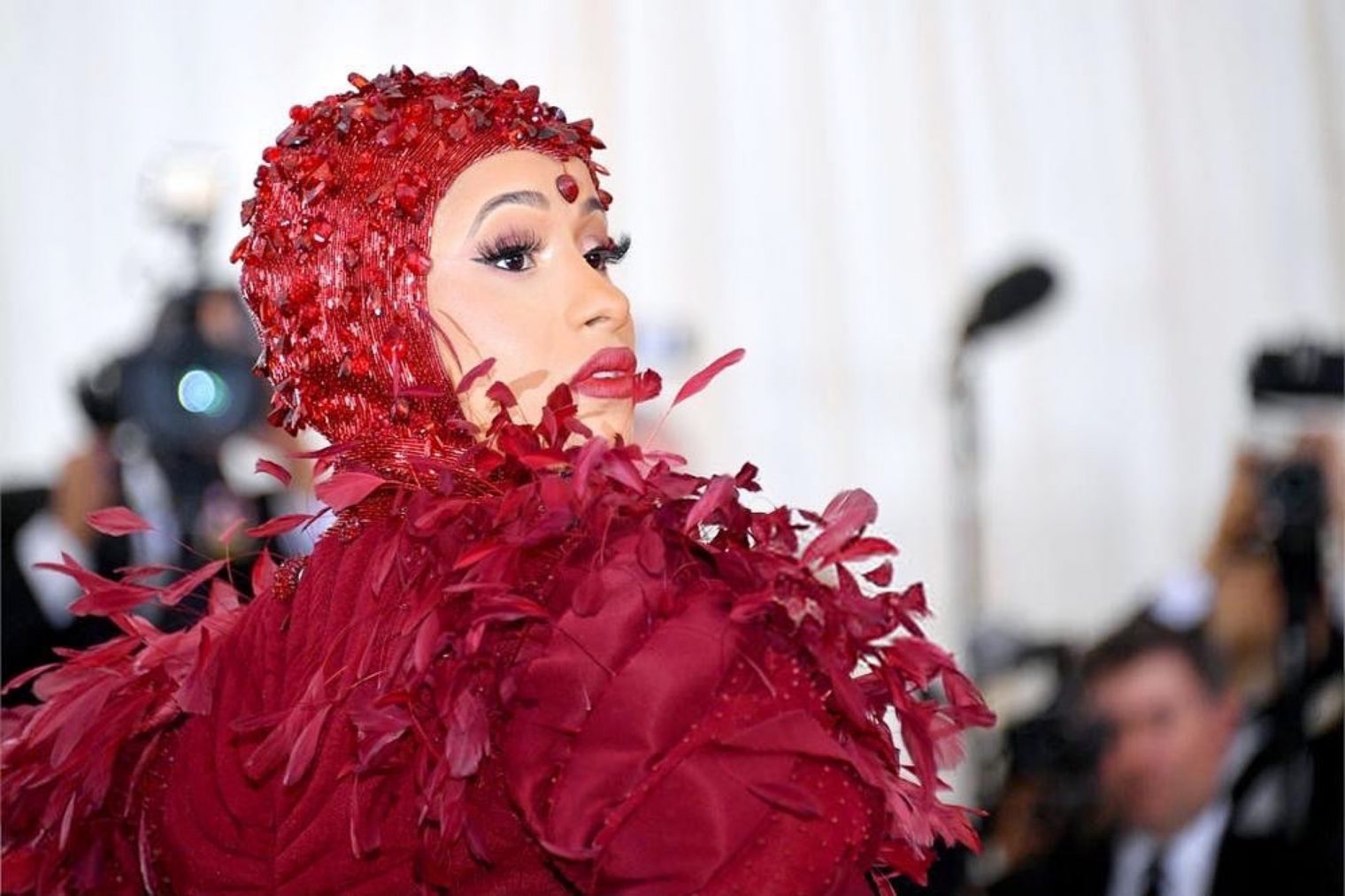 And then Cardi B shut down the Met Gala with this look from Thom Browne. 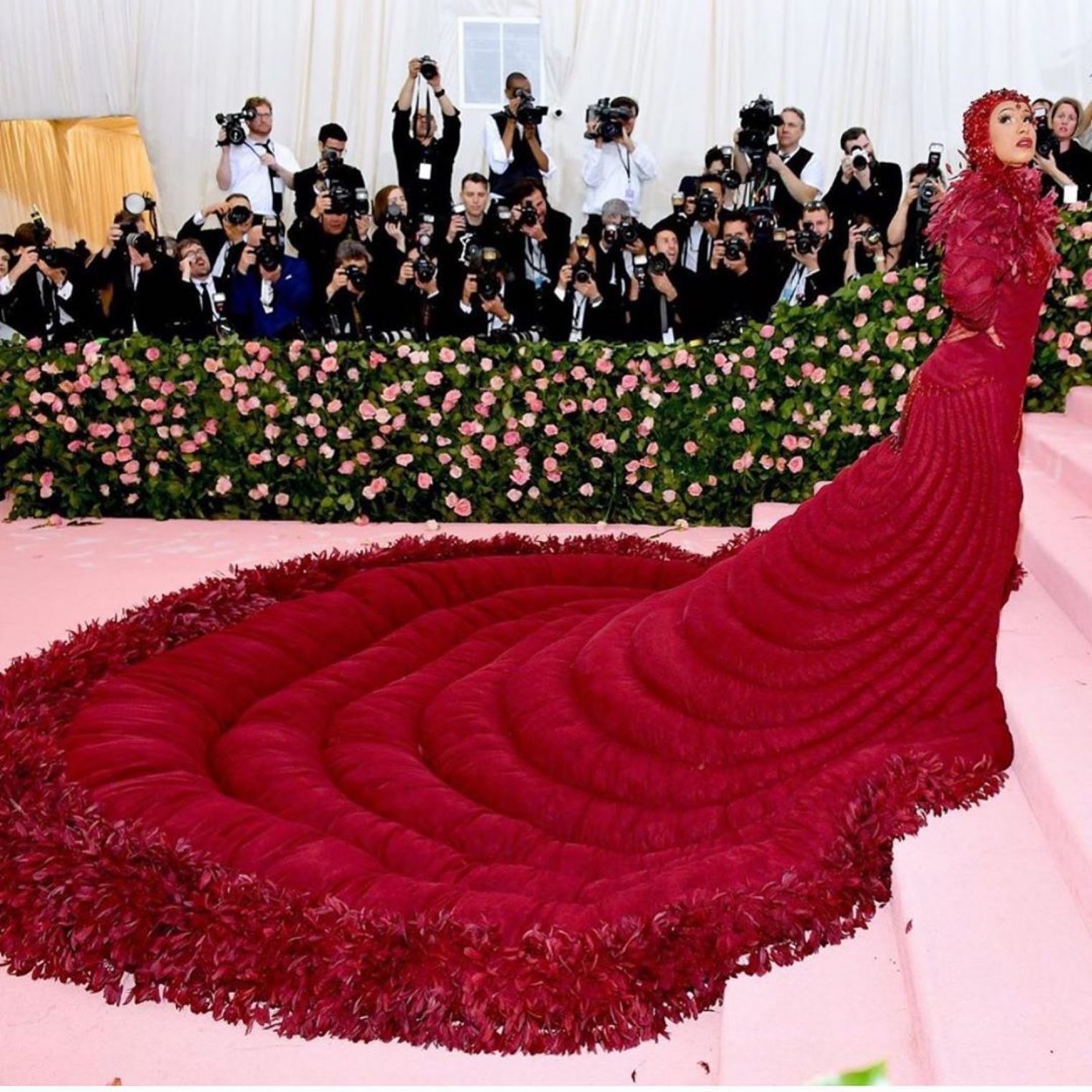 I mean, what else is there to say? Slay, Cardi!

Cara Delevingne is a Dior Makeup Ambassador so it would make sense that she wore Dior to last night’s fete. This was a tulle jumpsuit in bands of multicolored satin and it was pretty cool in my book. 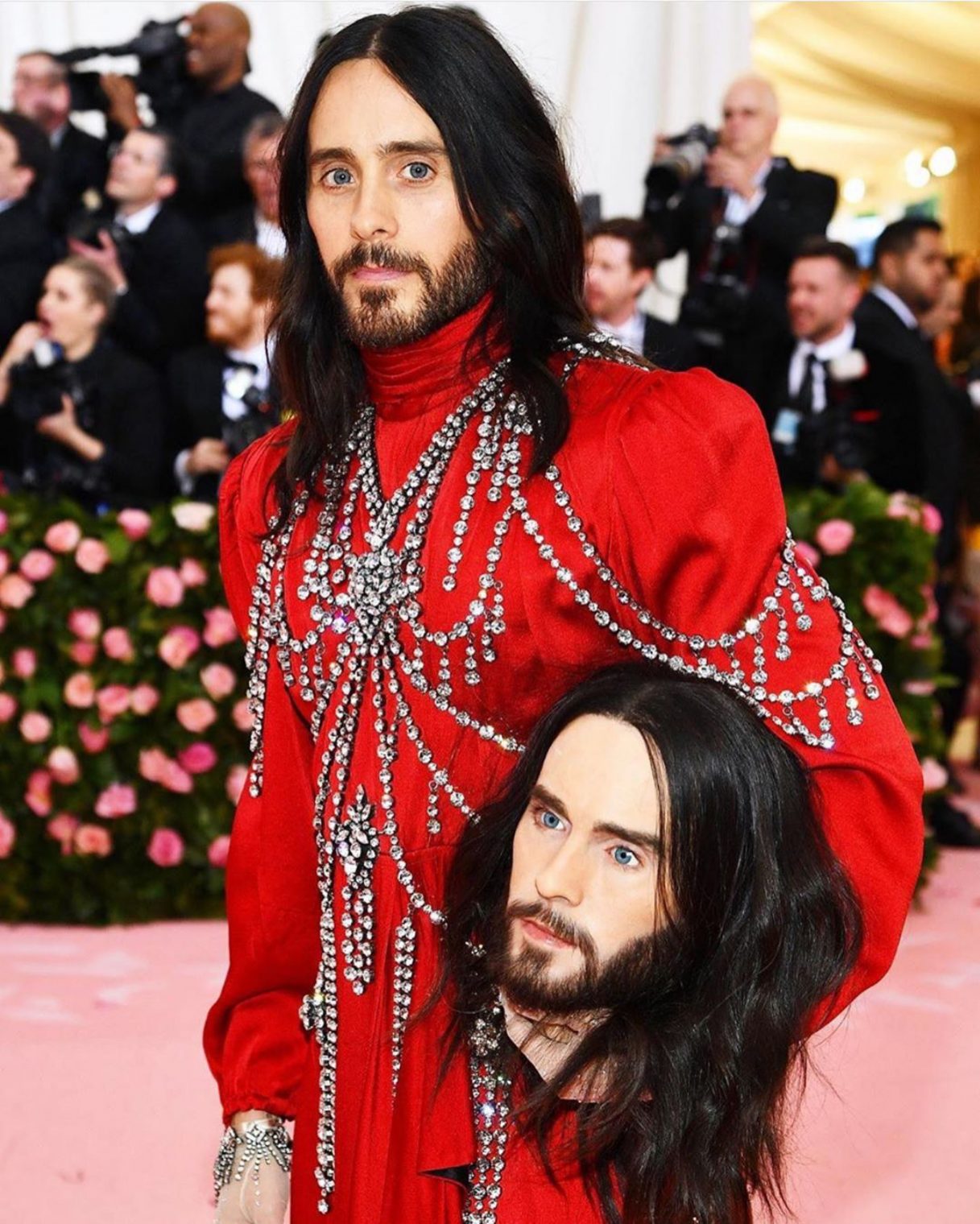 Does it get any campier to bring your own head as your accessory? Jared Leto in Gucci did just that, and I am kind of in to the outfit while super freaked out by the head. LOL 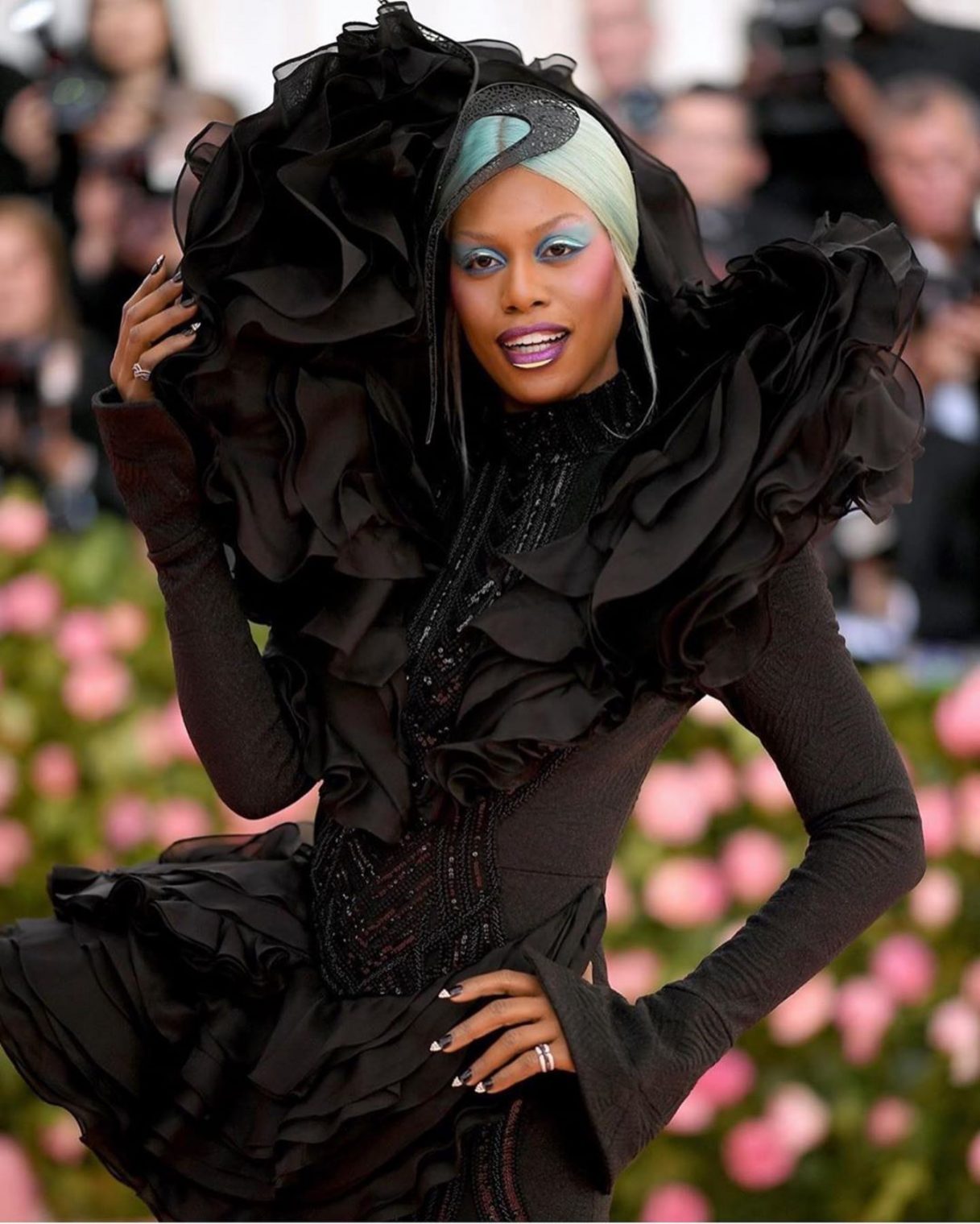 I love Laverne Cox and thought this look was really cool. Understated camp, which really is the whole point of camp in the first place (so confusing, right? lol). Christian Siriano did the dress and I was in to the makeup by Deja Smith 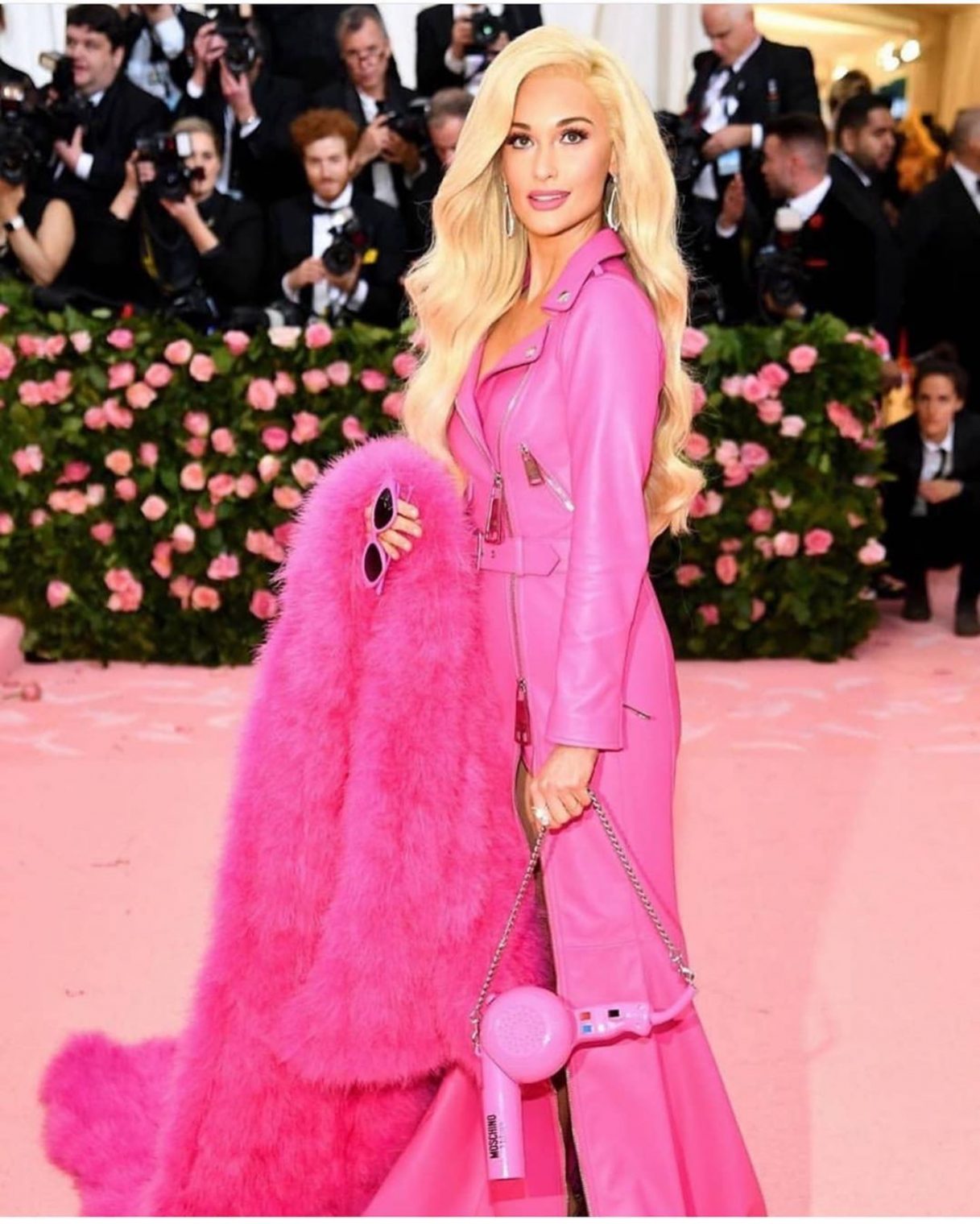 Kacey Musgraves brought a beautiful barb to life and the look was on point. Moschino for the win here, and that blow dryer purse! 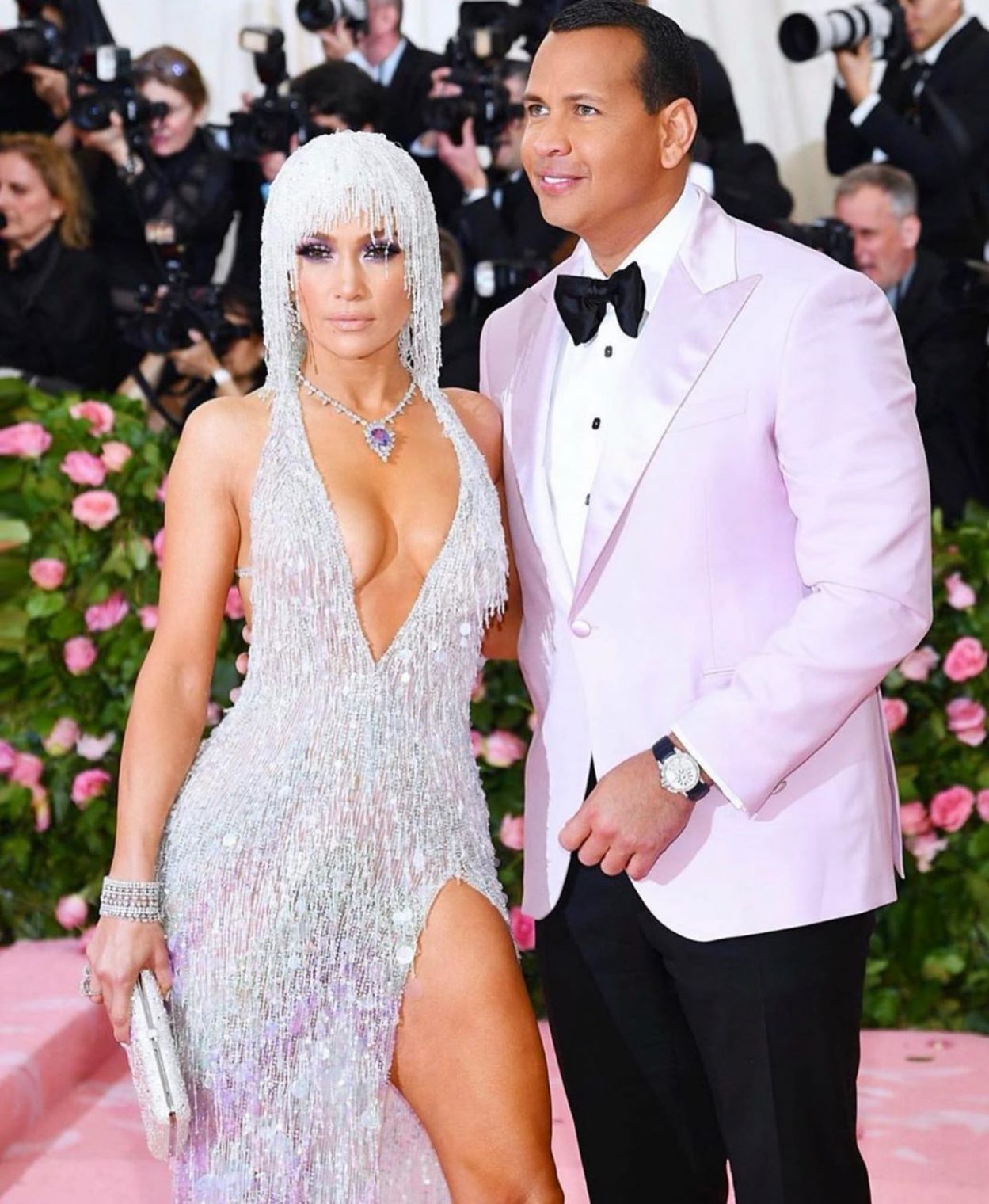 And now – we stop the show, and bow down to JLO. Versace and owning every single sequin and sparkle. Let’s not forget she was at the Today show at 3:00 am for a morning concert performance THE SAME DAY. I can’t even. Many photos coming of her right now. 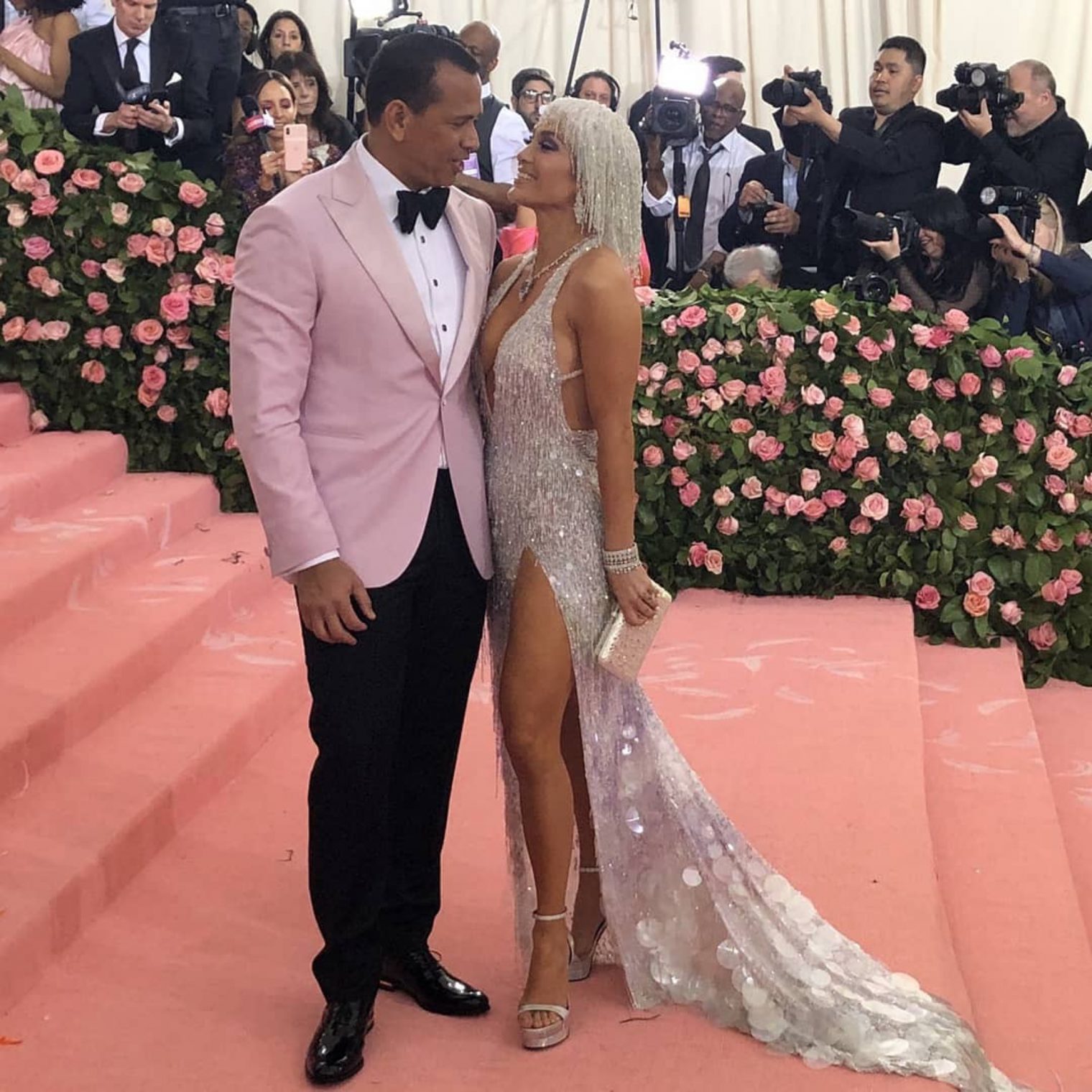 Also, their love story is perfection. 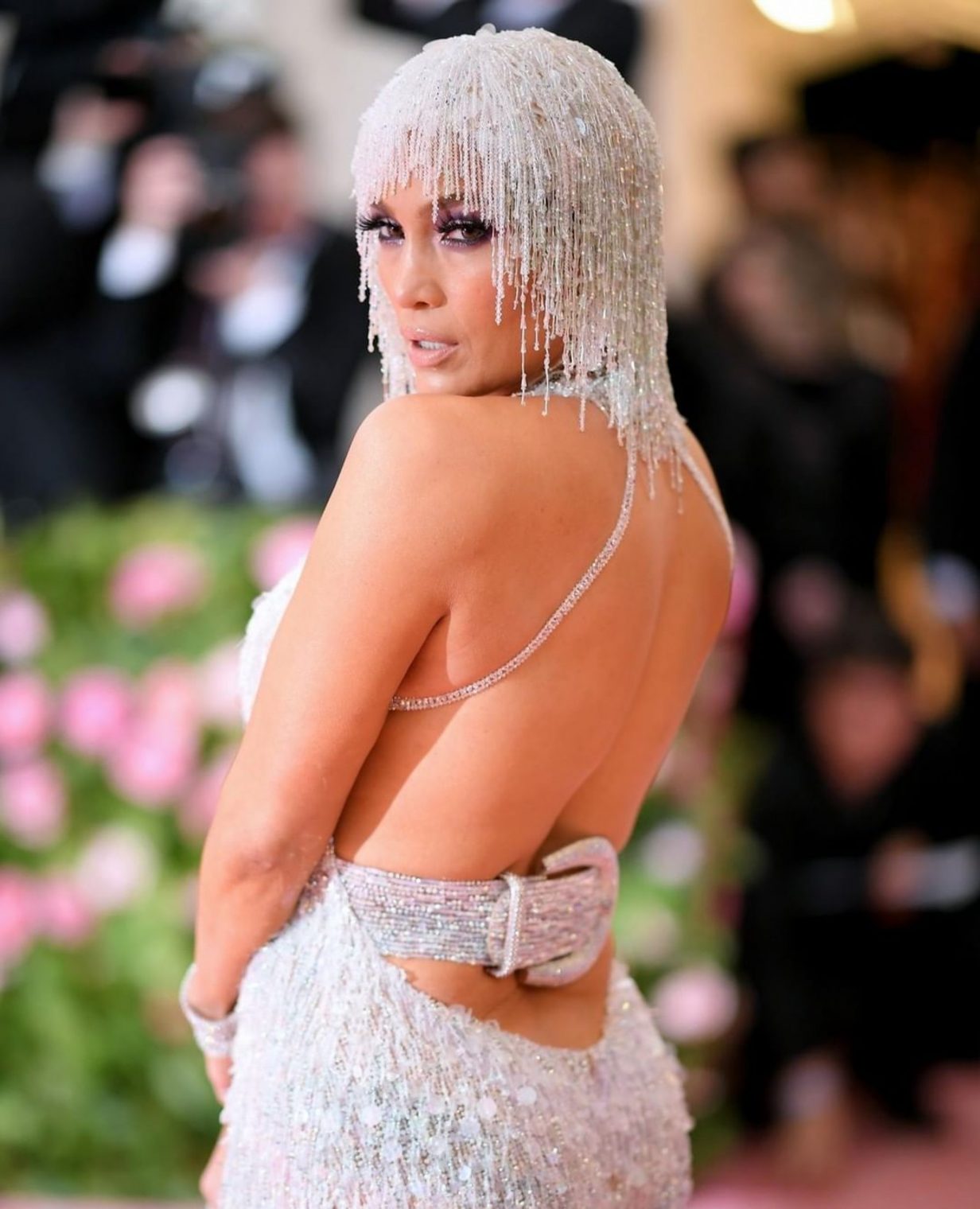 Still not done, because the back of the dress was ❤️ 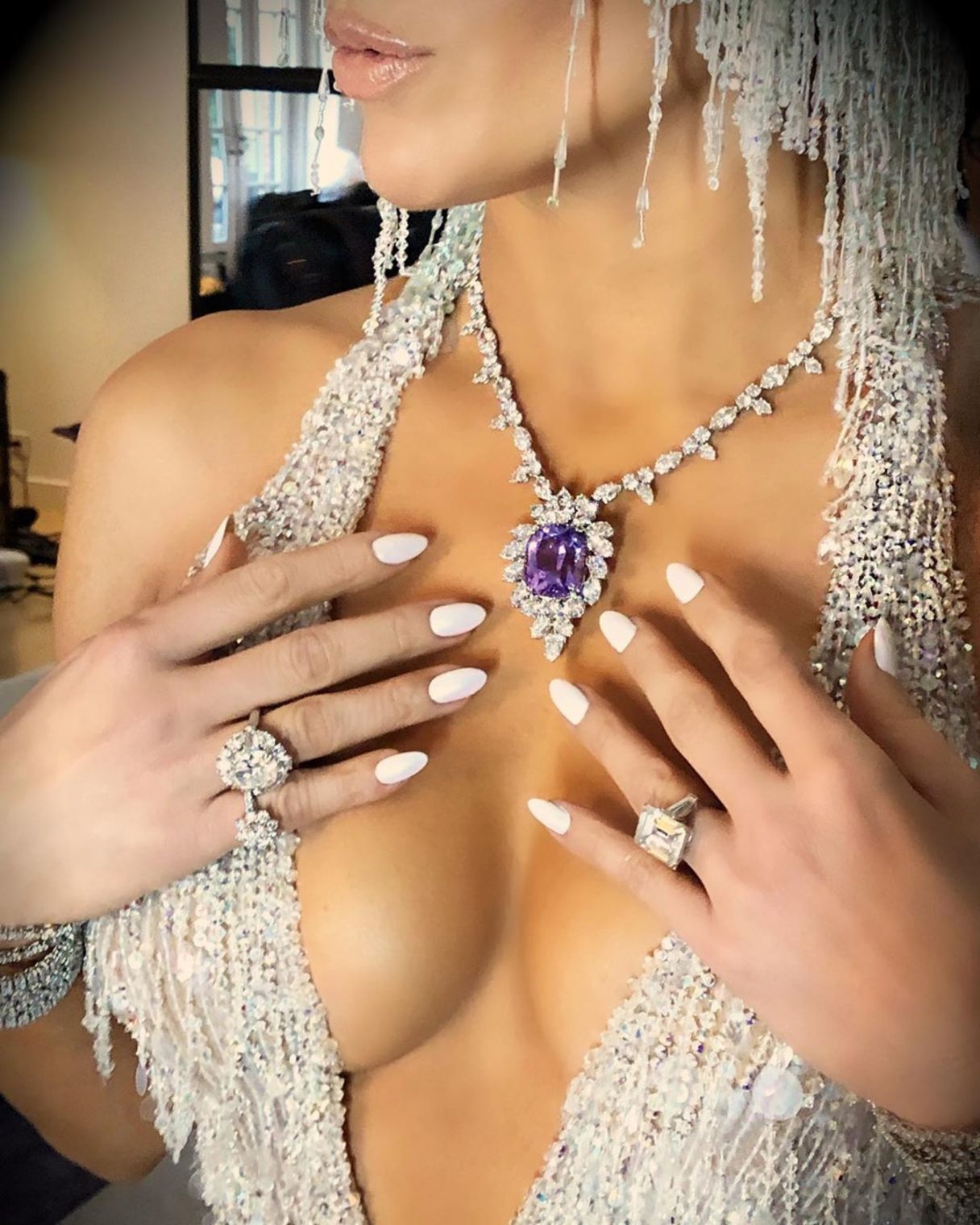 and now – the Harry Winston diamonds, and those Tim Bachik nails. Can we just stop and obsess for a minute 🛑 because I can’t even handle it. Makeup Scott Barnes, Hair by Lorenzo Martin 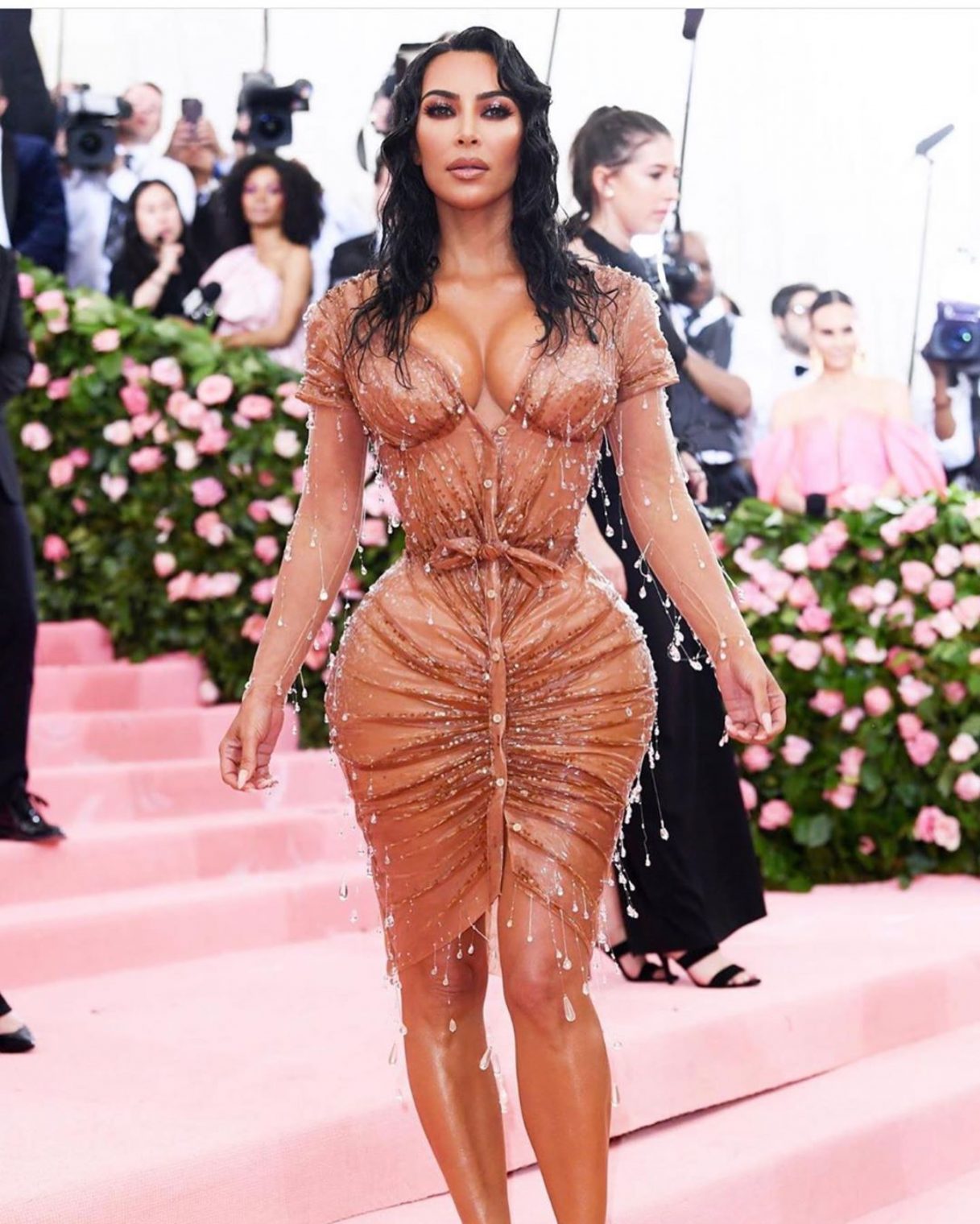 Say what you will, but she is still a favorite of mine. Straight out of the ocean in a “Mugler Drip” Manfred Thierry Mugler created a wet look custom for Kim, his first design in 20 years. Her makeup is by Mario, Hair by Chris Appleton and her makeup was all KKW beauty. Come on, try to not want to be her for just five minutes. I dare ya, LOL 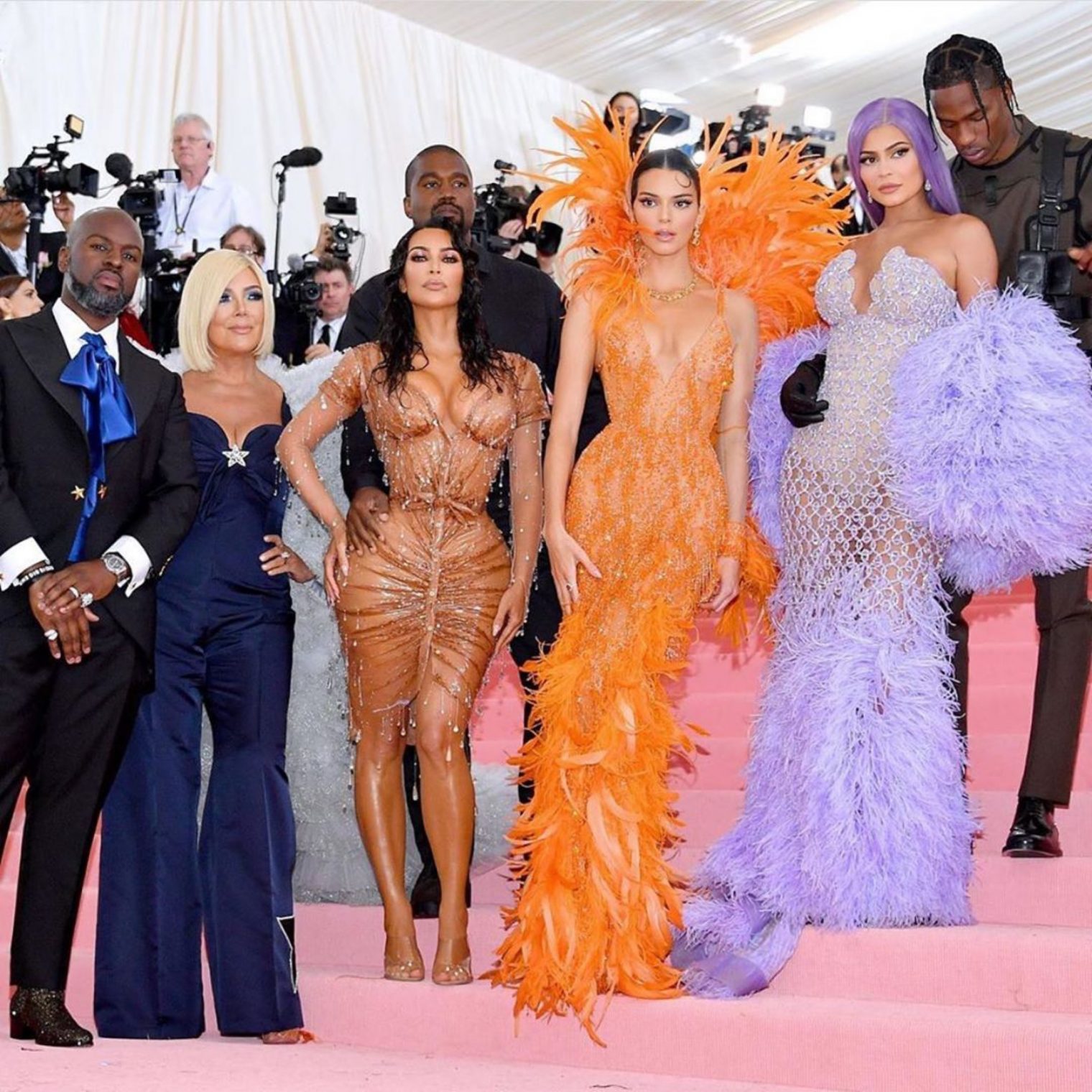 The fam gets in on a group photo. Kardashians know how to camp, that is for certain. 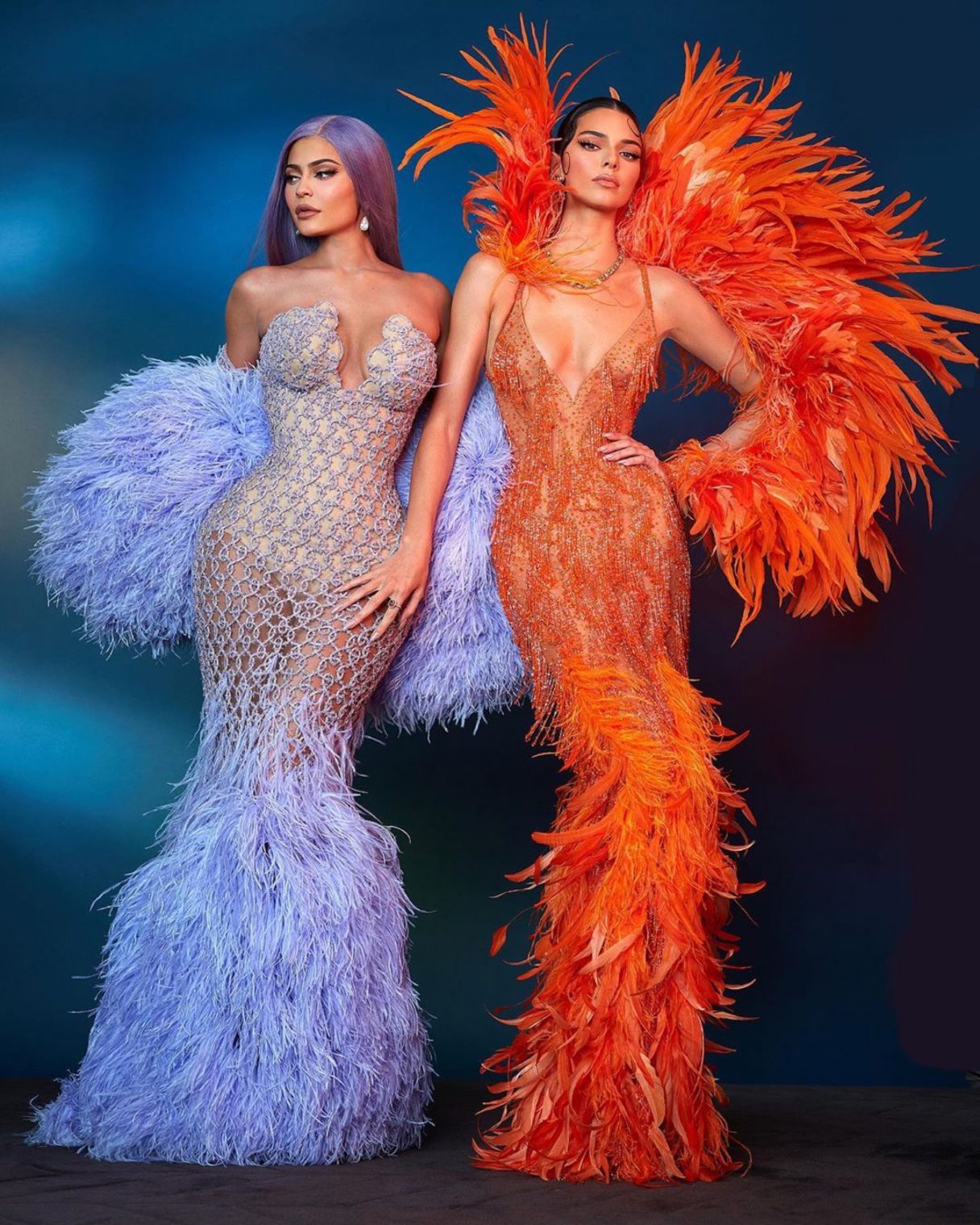 The atelier Versace gowns worn by Kyle and Kendall Jenner took nearly two months to complete and include Swarovski crystal embroidery and feather trims applied by hand – source, Versace Instagram. Photo by Greg Swales – and it is a freaking stunner. Period. 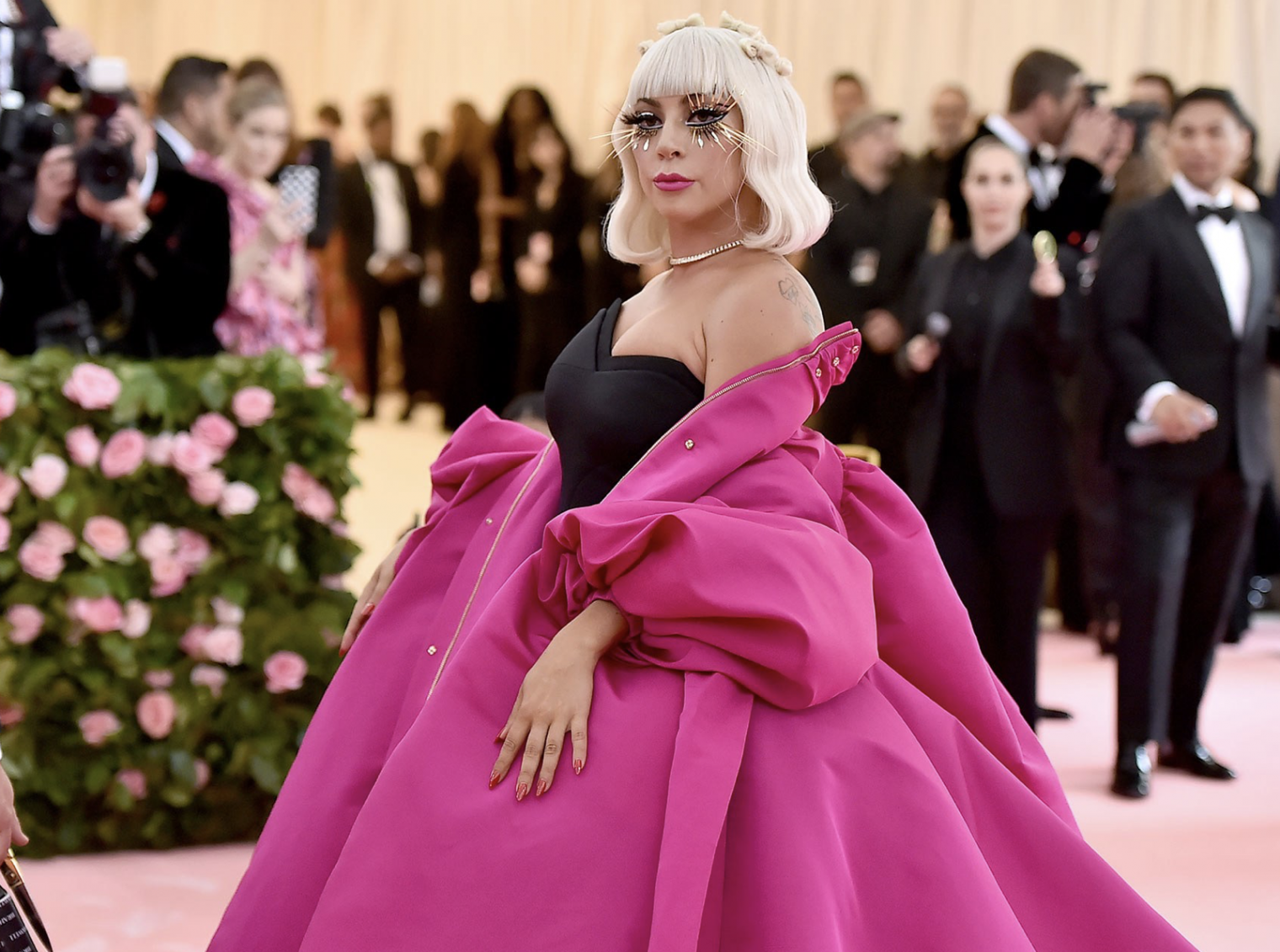 Lady Gaga was unforgettable on the pink carpet, in Brandon Maxwell and Tiffany & Co jewels. I loved the costume changes on the carpet, and thought the choreography was pretty awesome – but I could have done without the last underwear look, sort of been there, seen that with her. But she overall she rocked it I thought.

There was so much to see and love during last night’s Met Gala – these were a few of my favorite looks, styles and people from the pink carpet, I hope you enjoyed seeing all the camp! xo

That light though ✨ Photo: @cristinagphoto Pl

Intimate gatherings create opportunities for some

Balloons have a way of bringing happiness I feel.

Just can’t get enough of the fun details that we

A first birthday cake for the books 🤠 There is