Memorial Day is always the last Monday of May. On a superficial note, it tends to mark the beginning of summer, and also gives us a great three day holiday weekend. But, this holiday was created to honor the men, women and animals who have given their lives in service of our country. First known as “Decoration Day,” it began three years after the end of the Civil War, when a former Union general called for a way to remember fallen service members. For decades, Americans marked the holiday on May 30. In 1971, the federal government officially designated the last Monday in May as Memorial Day, and ever since, today is the day we remember.

..”As we express our gratitude, we must never forget that the highest appreciation is not to utter words, but to live by them.” –John F. Kennedy

This is one of my favorite quotes, and one that always speaks to me on this day. Thank you to my father, and to all of the men, women, and animals who have served. It is because of brave souls like you that we continue to live in the land of the free. Happy Day of rememberance to all of our servicemen, servicewomen, and service animals still with us, and heartfelt wishes to those who have lost someone who has served. 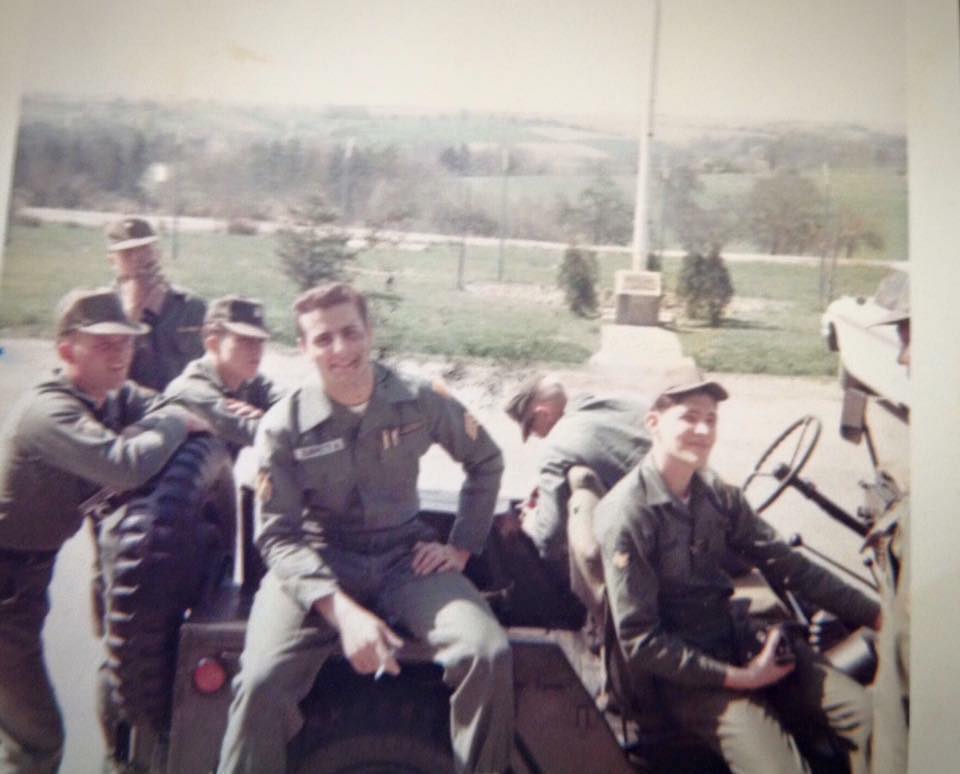 My Dad during his time serving in the Army, at a secret missile base in Germany.

I love planning weddings and producing events. I live for it actually, as I am sure you can tell from my website and blog! I also have a deep-rooted love for a few other things – one a little more than most, which are my horses and competing with them all over the country. The other, is history. I love to know the story of things, places and people. Travel is something that brings much of these loves together. One of the places that I love the most in my travels with my horses is when we qualify for the International Horse Show in Washington, D.C. For me, this trip beings together so much of the what I love in life, and I am always eager to explore it, celebrate our nation’s history and learn more about it.

My husband Collin, my parents, my trainer Caitlyn, along with two of my horses, Lucca + Cassius all made the trip the last time we qualified for this horse show which was in 2017 (although I qualified last year, I did not attend because of work obligations, which I have addressed before in previous blogs as you may know). As you may have heard me say (may times) before, Collin is an insanely talented photographer, (click here for more of his work!) and he captured some really beautiful moments during our time competing at WIHS, and being tourists in our nation’s capital. I think today is the perfect day to share some of those images with you, in honor of the many men, women and animals that have died while serving our country. 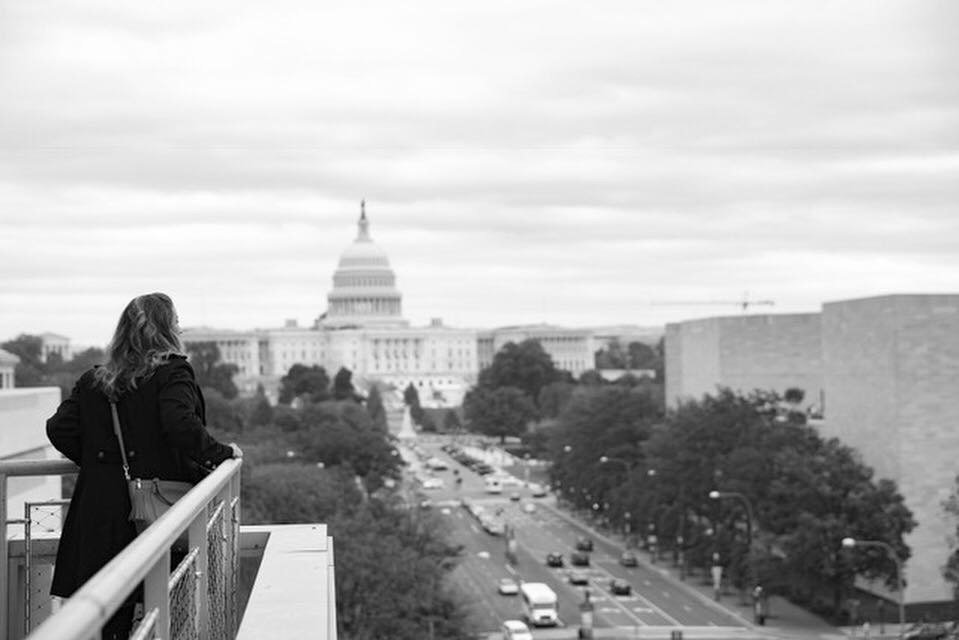 Amazing views from the roof of the Newseum 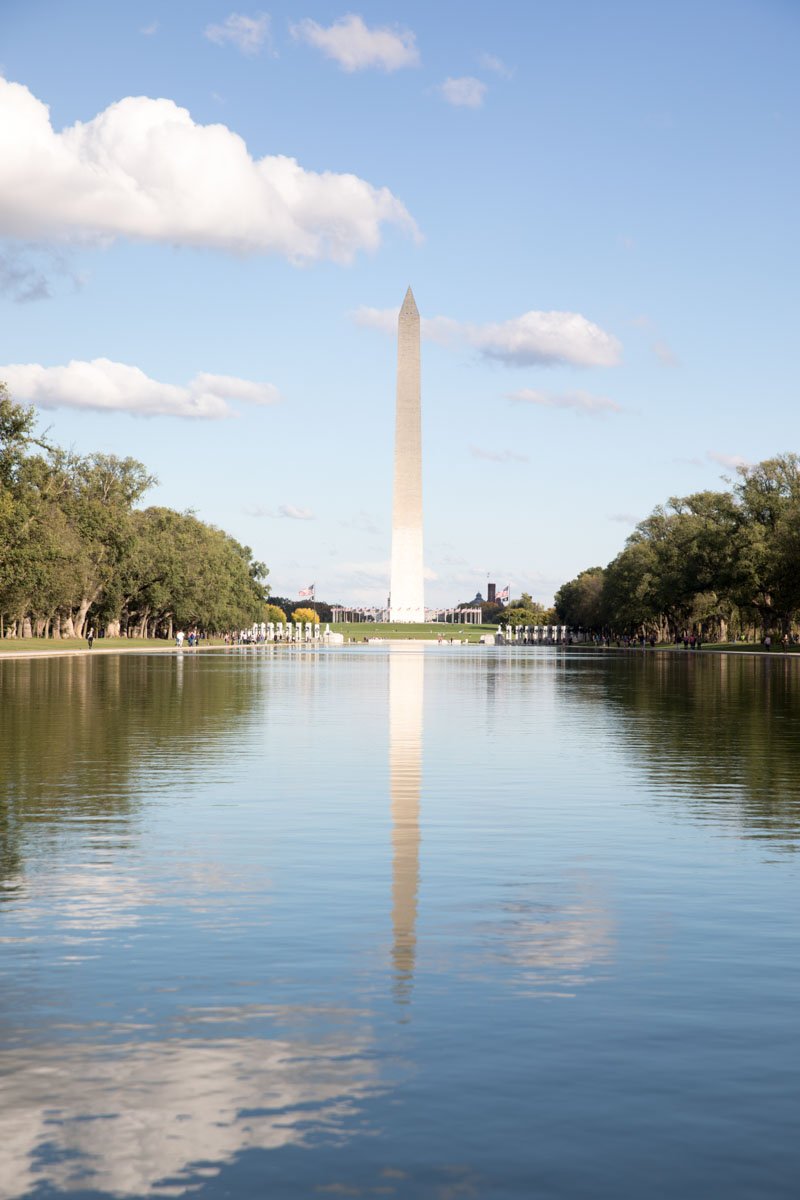 One of my favorite places in D.C. – perfectly captured by Collin 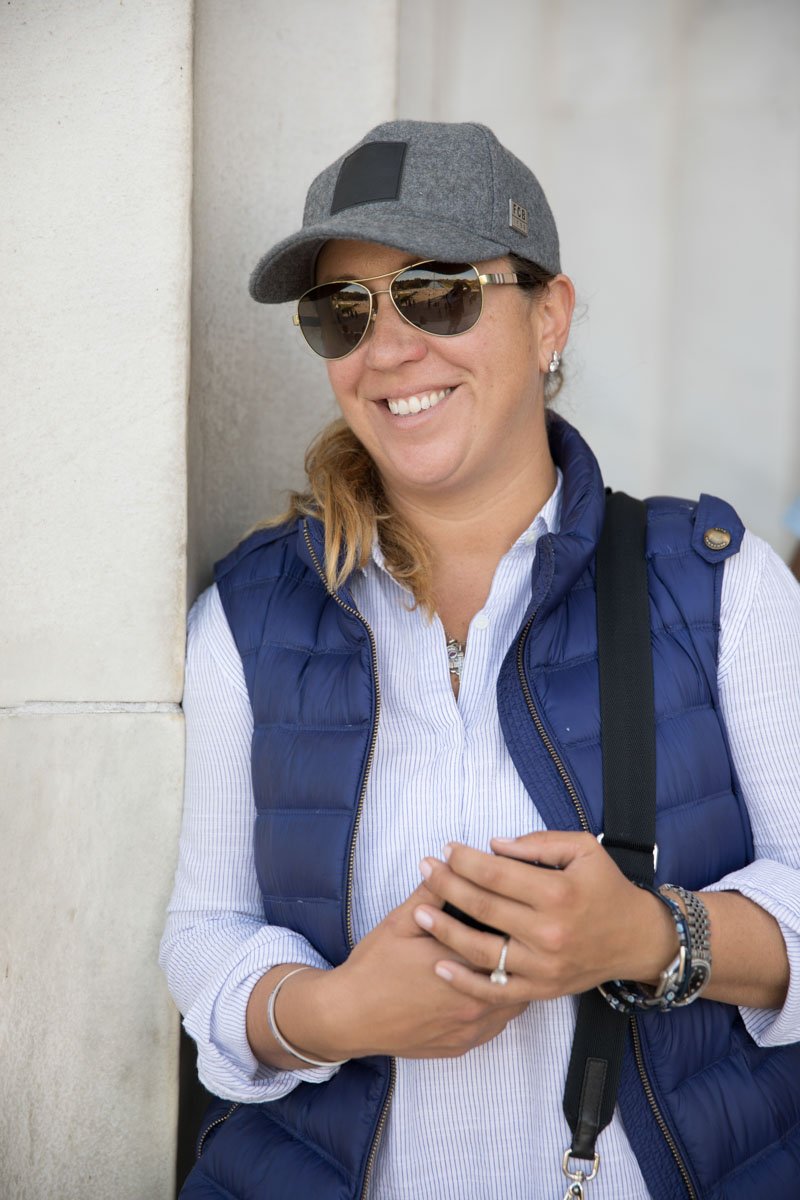 I have had the distinct pleasure the last few years to compete with my horses at the Washington International Horse Show. This also gives me a chance to see our nation’s capital each year. I love taking in all of the monuments and museums!

Caitlyn and I taking a moment to allow it to all soak in. Qualifying for this horse show is a big deal, and is always a huge goal of mine every year. And one that I work to achieve while still working full time with my clients, and as a managing partner of my family’s business. This was that moment when we both knew that all of the work in 2017 had led to, and it was really emotional. My husband captured this photo for me, and I love it. 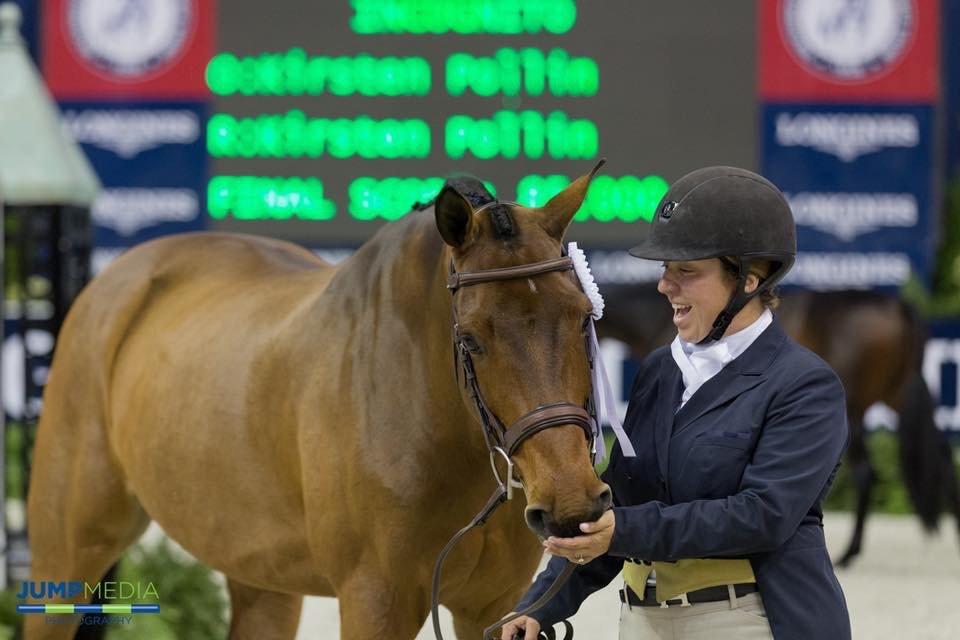 4th place finish was a team best for us at this horse show – this is a VERY proud moment for Lucca and me! 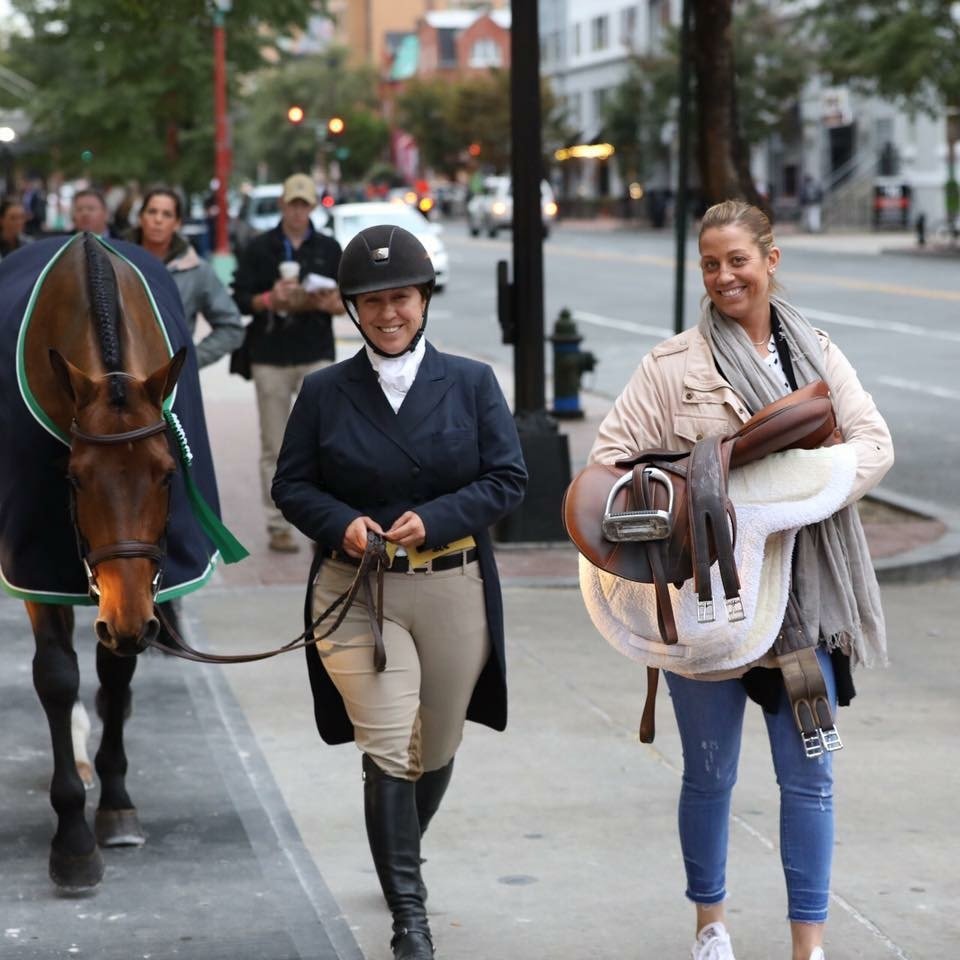 This is my horse Lucca (who I refer to as Mo), me and my trainer, Caitlyn Shiels during our time last year at the WIHS. 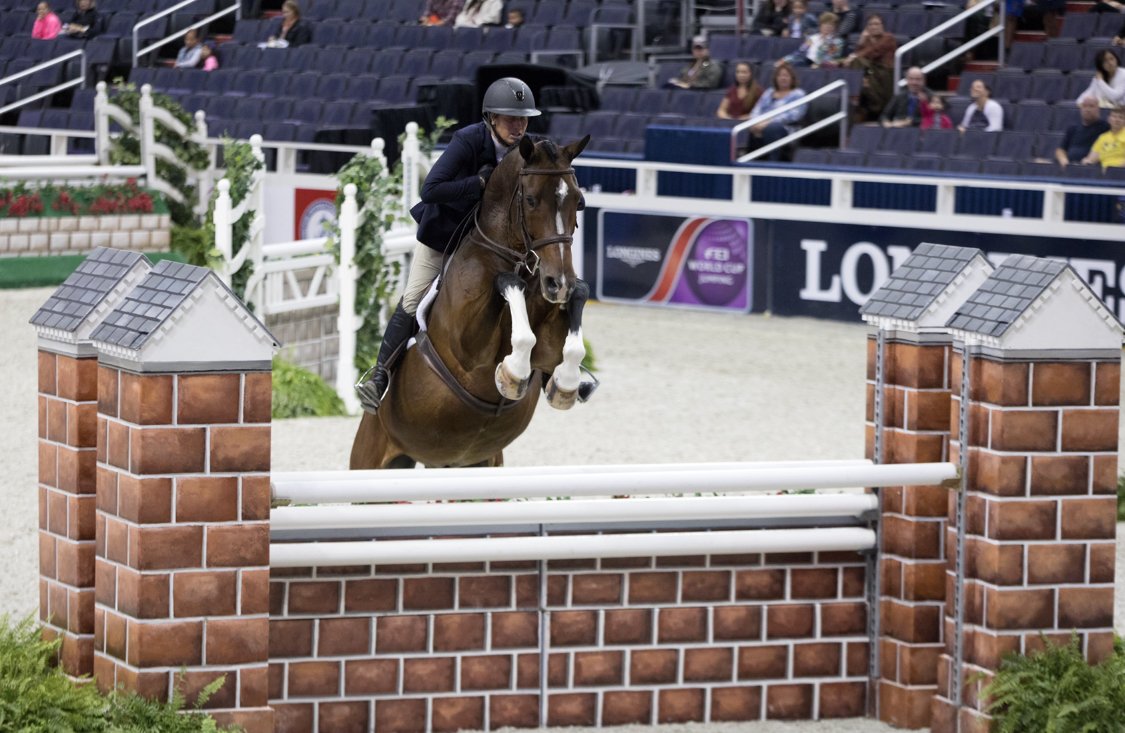 Caitlyn and Cassius competing in the high performance hunter division at WIHS.

This annual international competition takes place in Washington, D.C. and it is so exciting. Established in 1958, the Washington International Horse Show is one of the most prestigious and entertaining equestrian events in North America. More than 26,000 spectators attend the six-day show, which includes Olympic-level competition along with community and charity events. More than 500 top horses and riders come to D.C. from all over the globe to jump for more than a half a million dollars in prize money. Highlights include the $130,000 Longines FEI World Cup™ Jumping Washington for the President’s Cup, presented by Events DC (Saturday night), the Puissance high jump presented by The Boeing Company on Military Night (Friday) and Kids’ Day (Saturday), a free, fun and educational community event. 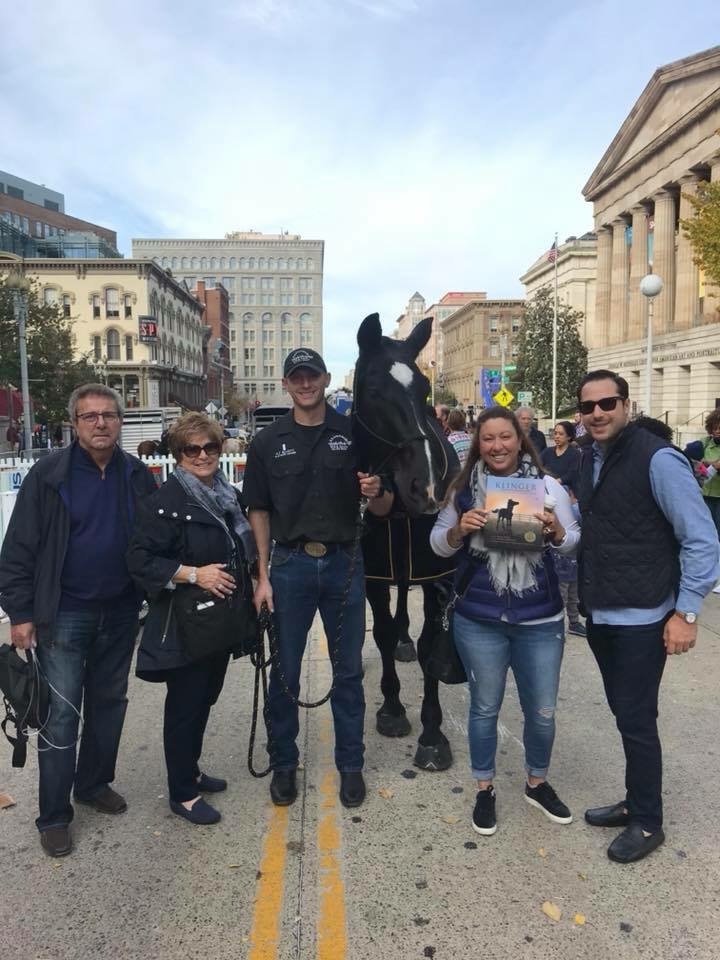 Meeting Klinger the Caisson Platoon horse was an honor. These horses pull the wagons that take our country’s fallen heroes to their final resting place inside Arlington cemetery.

The Tragedy Assistance Program for Survivors (TAPS) offers compassionate care to all those grieving the loss of a military loved one. Since 1994, TAPS has provided comfort and hope through a national peer support network and connection to grief resources, all at no cost to surviving families and loved ones.

TAPS has assisted more than 75,000 surviving families, casualty officers and caregivers. I loved the chance to learn more about TAPS while in D.C. I also had the chance to meet Klinger. He has touched the lives of many people in his life of service with the 3rd U.S. Infantry Regiment Old Guard Caisson Platoon. Among his duties, he has served as the official Escort to the President of the United States and as a member of our nation’s premier Memorial Affairs and Ceremonial Unit. Klinger has also worked with wounded veterans and been a comfort to the children of Tragedy Assistance Program for Survivors (TAPS), a national nonprofit Veterans Service Organization that brings hope and healing to the families of our nation’s fallen heroes.

Unlike most other horses, Klinger has had an award-winning children’s book written about him. He also participates in community service events throughout the National Capitol Region, including appearing for the past three years as the guest of honor at the Washington International Horse Show Kids’ Day. The Washington International Horse Show established the Klinger Award in his honor in 2012.

A Morgan Percheron cross, Klinger arrived at the home of the Caisson Platoon when he was three years old. He has participated in more than 5,000 full honor military funerals, providing the nation’s heroes with their last ride to their final resting ground in Arlington National Cemetery. The solemn dignity which the men and horses lend to this ceremony is neither accidental nor instinctive. Both men and horses train constantly for this duty.

The seven horses which form the team to pull the caisson through the quiet lanes of Arlington National Cemetery consist of one Section Horse, two Lead Horses, two Swing Horses, and two Wheel Horses. Although all seven animals are saddled, only those on the left and the Section Horse have mounted riders, following the tradition when caissons were used during war. Klinger has served as a Section Horse, leading the others through the cemetery, and as a Wheel Horse closest to the caisson. For more on this equine hero, click here

Having the time to explore the amazing monuments and museums of the city is also something I love doing while there. For the first time, I was able to do this with my trainer and friend, Caitlyn Shiels, whose grandfather is buried at Arlington National Cemetery.

Caitlyn Shiels is my trainer, dear friend, sister, maid of honor at my wedding, and so much more. It was truly an honor to go into Arlington National cemetery with her and her family, on their annual family pass and take in the emotion of that place. It was something unlike anything else that I have ever experienced, or seen. The cemetery is just lined with head stone after headstone, from war after war of men and women that have given their lives. 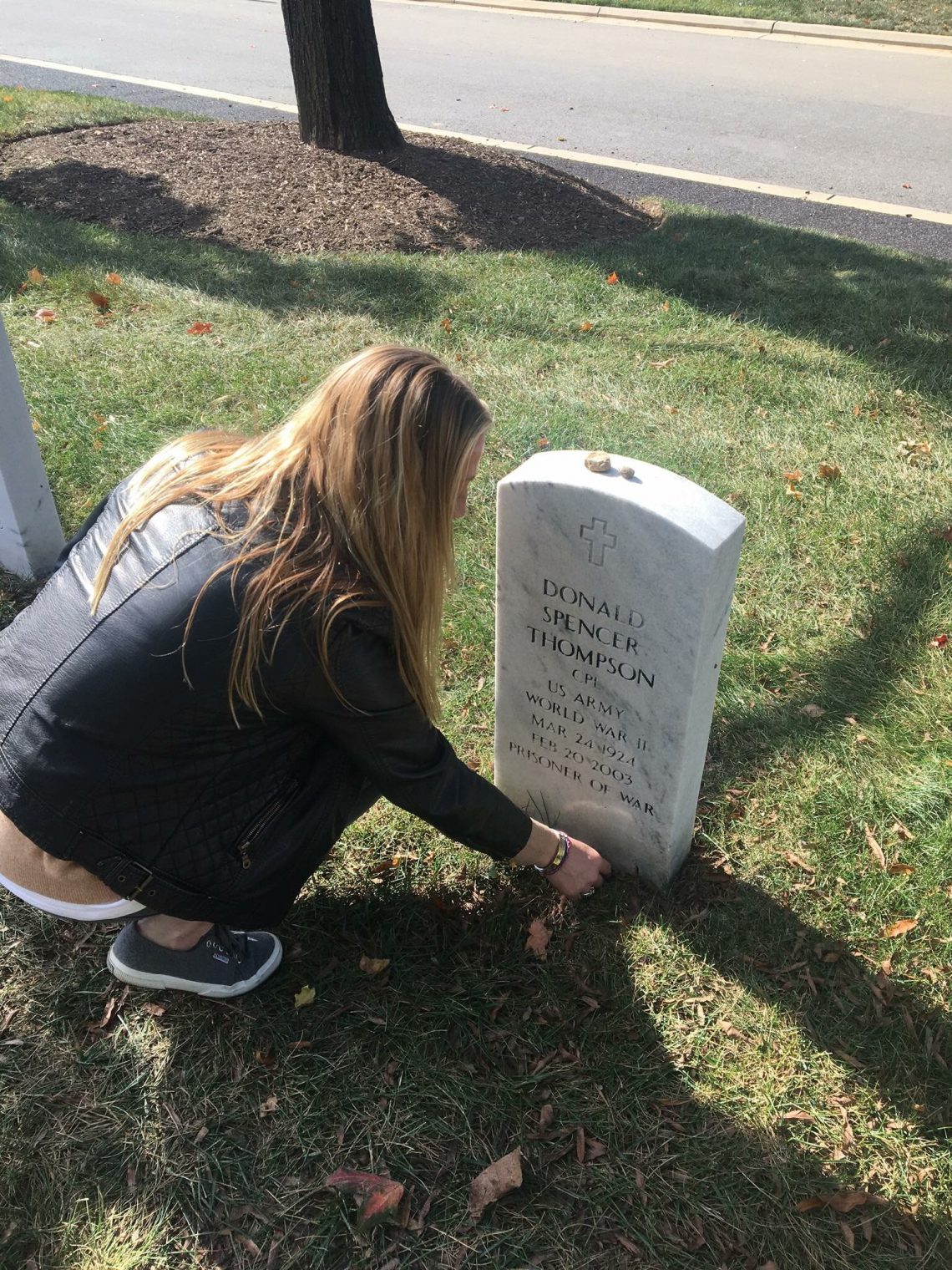 Caitlyn takes a moment to leave something for her grandfather at his grave. I did not have the pleasure of meeting him before he passed away, but I have loved learning his remarkable story through his daughter and granddaughter.

One of the many views in Arlington.

What you feel at these monuments stays with you. As it should. Occasionally when standing there, you see a veteran, and you realize you are watching someone as he or she remembers their fallen friends. 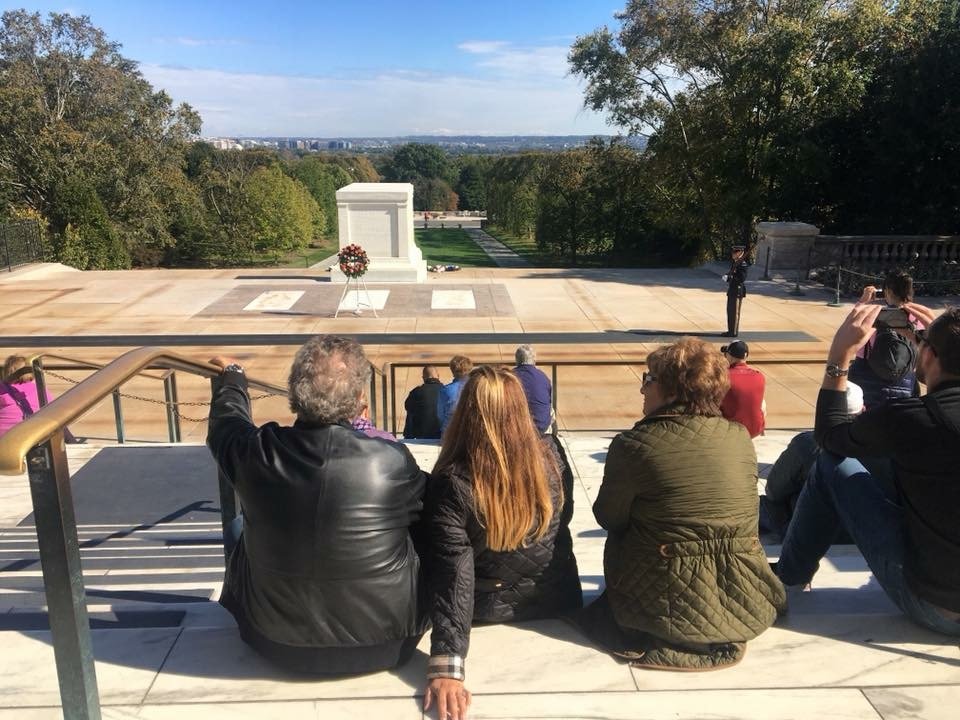 Paying respect at the tomb of the unknown soldier with my parents. This is something my father does every time he is in D.C., out of respect for the friends and fellow soldiers that he lost during his time serving in the Army.

I have been lucky enough to compete at this show two years in a row. I love everything about it, especially that it gives me time in our nation’s capital. Being there is a chance to reflect on our history as a country. To remember to have profound gratitude for the brave souls that run into the chaos and violence of battle all to defend the freedoms that we hold so dear. Those souls that are human, canine, equine and everything in between. I am thankful for all of that every year, and every day, but a little extra today.