Did you know that Uffizi Galleries is one of my most favorite places in the world? And that I have visited this museum time and time again, I used to stand in front of the works I was studying for hours.

Below are a few snaps from my last visit including the Vasari Corridor! If you don’t know about this incredible historical treasure, feel free to ask away! 👈🏼🤩😎 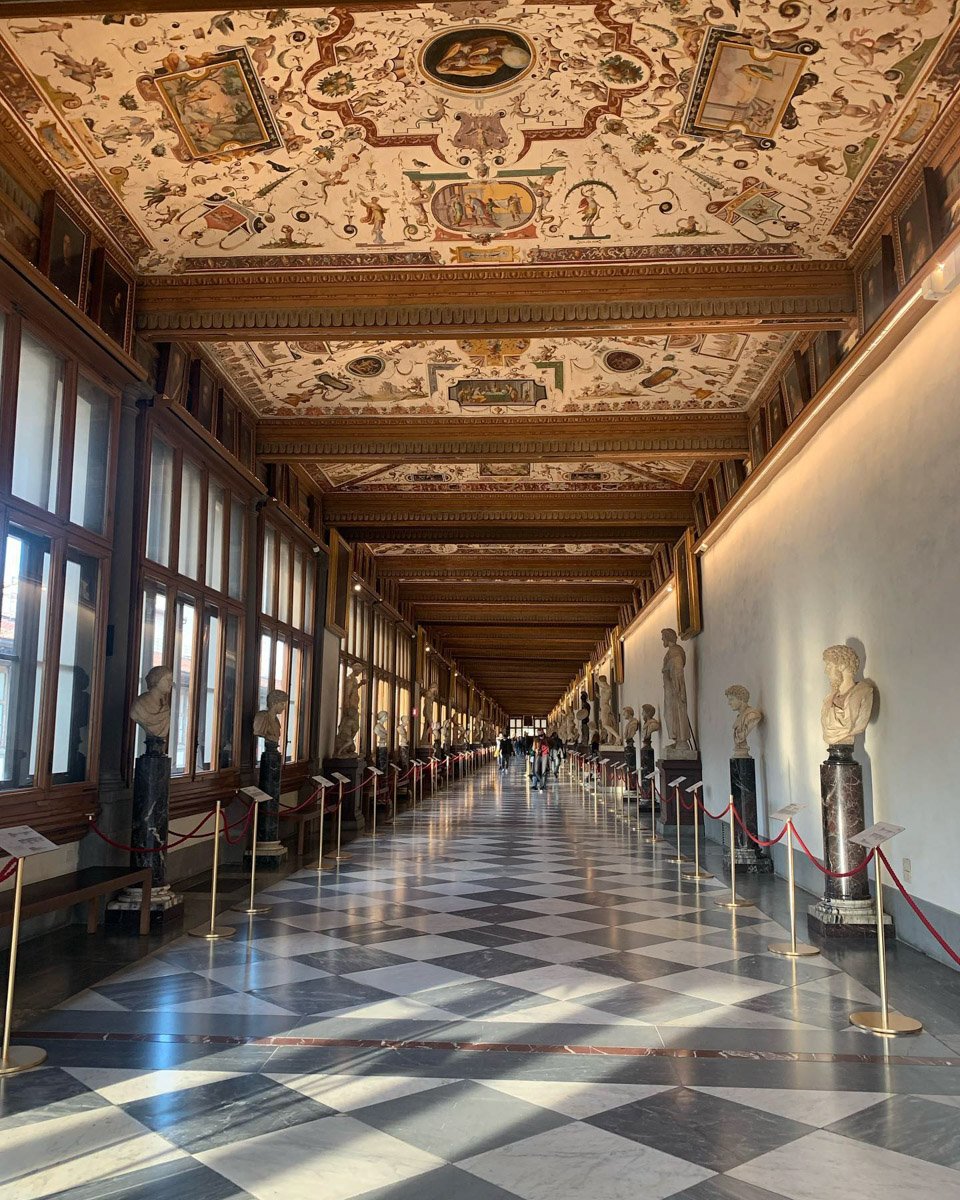 The building of the Uffizi complex was begun by Giorgio Vasari in 1560 for Cosimo I de’ Medici to accommodate the offices of the Florentine magistrates, hence the name uffizi, “offices”.

It is one of the most important Italian museums and the most visited, it is also one of the largest and best known in the world and holds a collection of priceless works, particularly from the period of the Italian Renaissance (MY FAVE! 🤩).

The Gallery entirely occupies the first and second floors of the large building constructed between 1560 and 1580 and designed by Vasari. 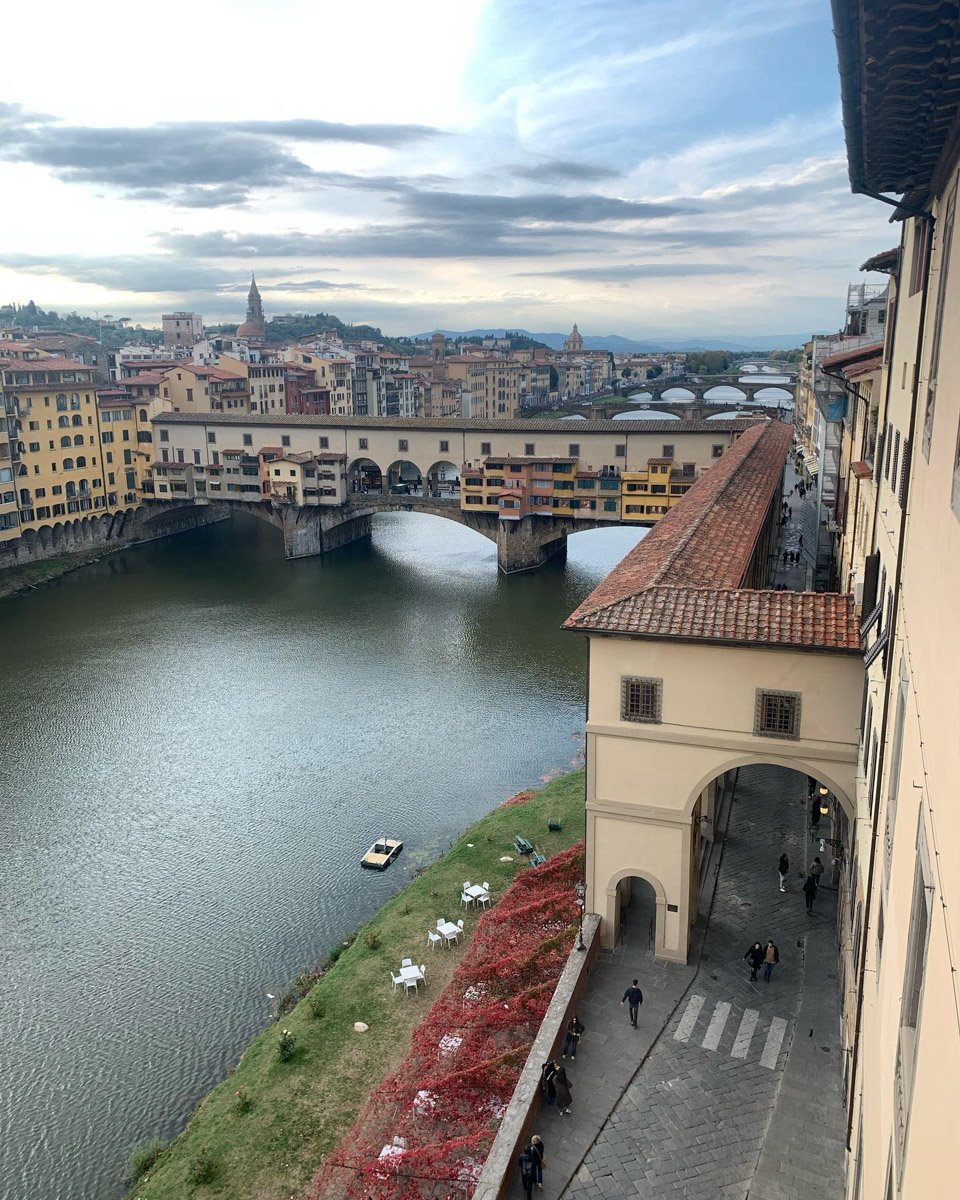 After the ruling House of Medici essentially died out, their extensive art collections were given to the city of Florence under the famous Patto di famiglia negotiated by Anna Maria Luisa, the last Medici heiress. So -> the world has these priceless works of art available to us because of a badass woman. Let that sink in. 🤩

The Uffizi is one of the first modern museums. The gallery had been open to visitors by request since the sixteenth century, and in 1765 it was officially opened to the public, formally becoming a museum in 1865.

It also has an incredible little bar at the end of the museum and the views are incredible. (The wine list is solid too!).

So, cheers to learning more about the incredible works of the Renaissance, and to celebrating after! ✨ 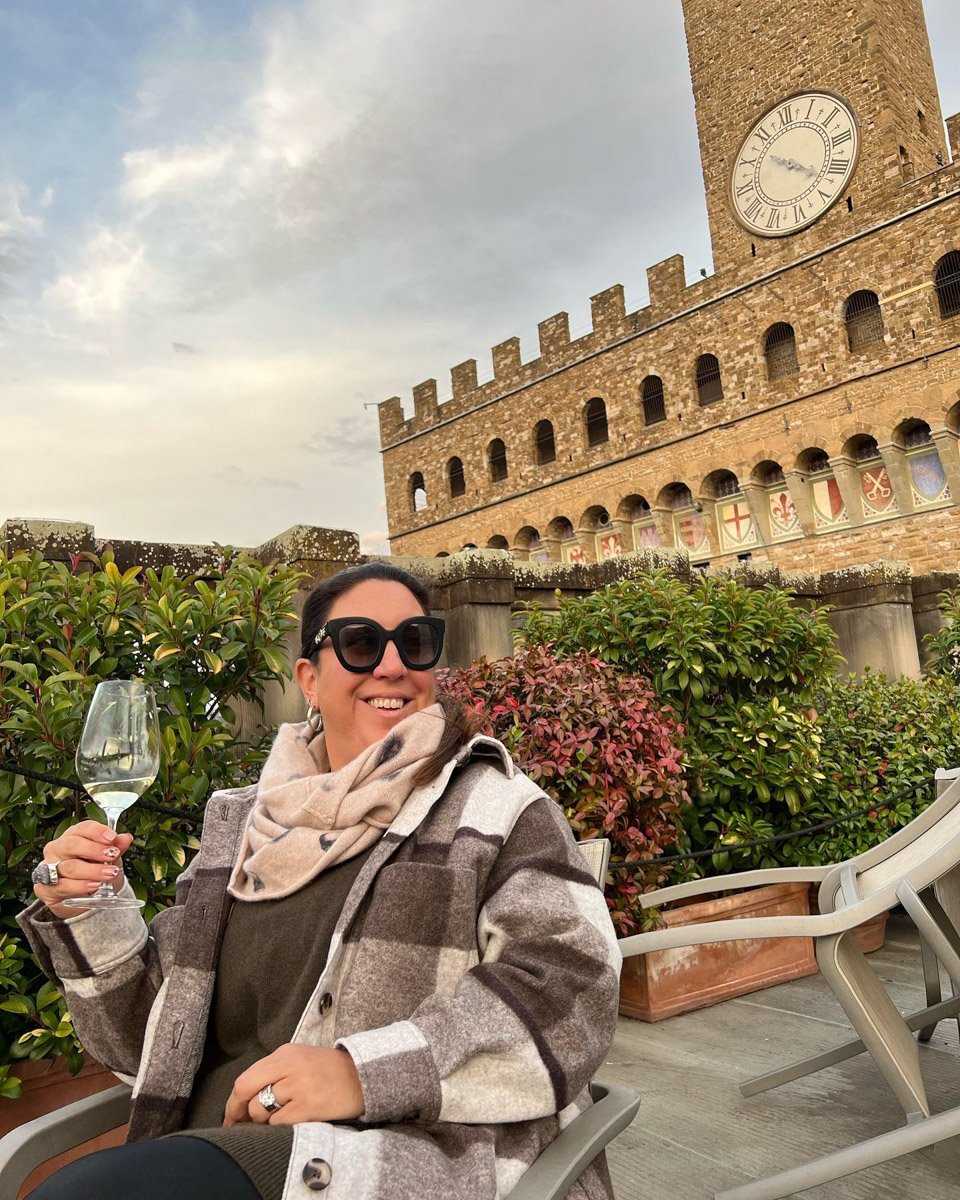