Under that Tuscan Sun

Pockets of sunlight in the most amazing places ✨ 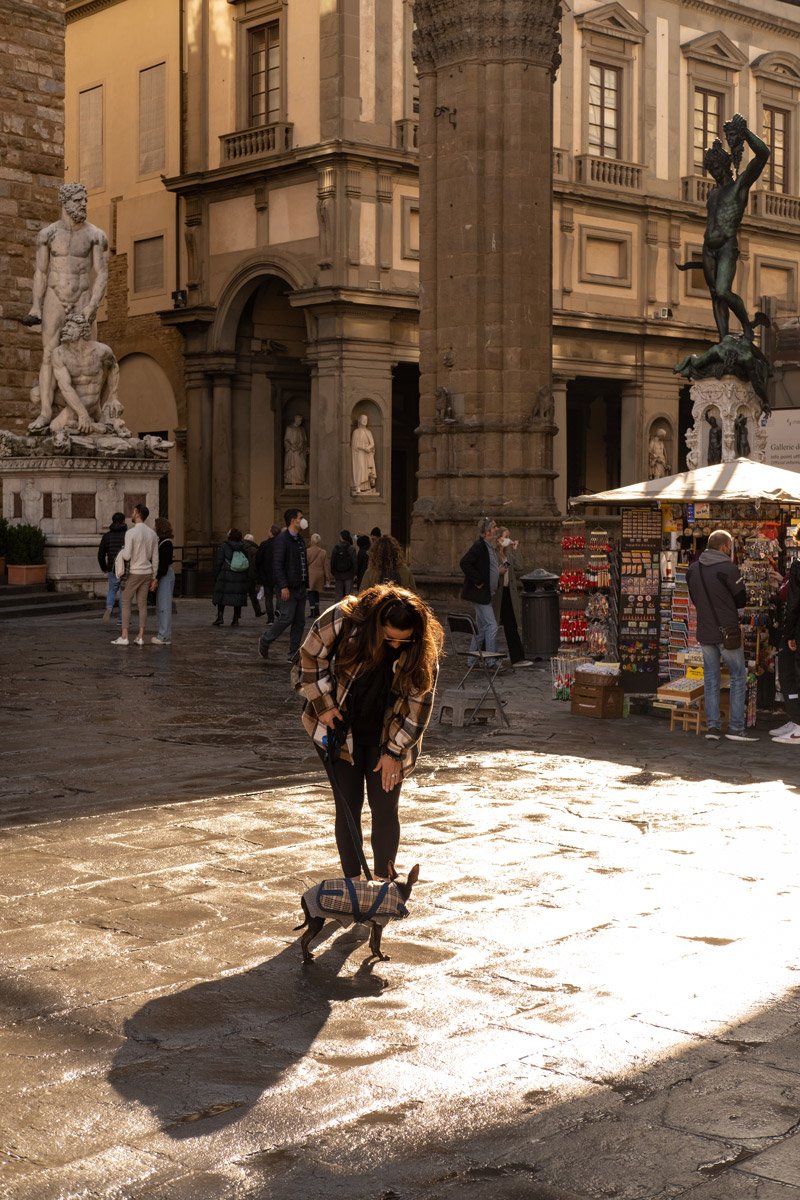 Collin Pierson captured Felix and I figuring out our to-do’s for the day on a beautifully sunny morning. ✨

Fun fact: the structure behind me, The Loggia dei Lanzi, also called the Loggia della Signoria, is a building on a corner of the Piazza della Signoria adjoining the Uffizi Gallery. It consists of wide arches open to the street. And it is stunningly beautiful. 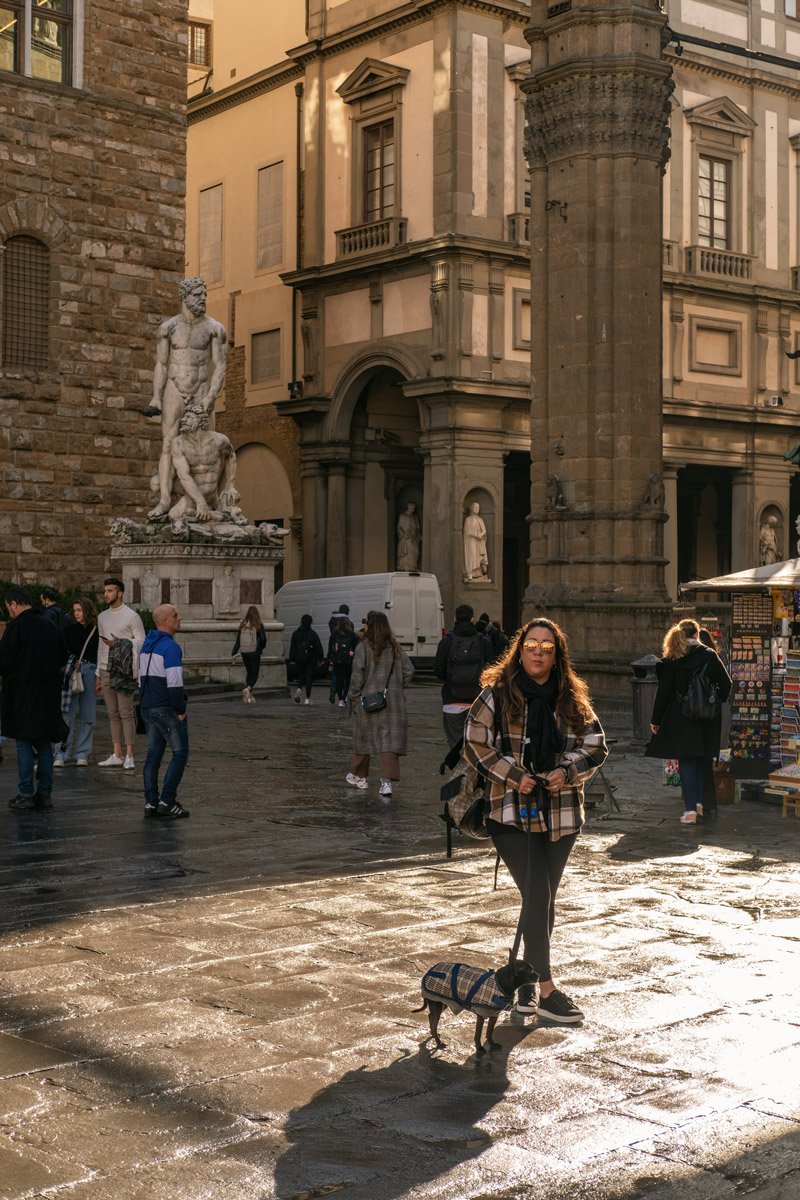 Built between 1376 and 1382 by Benci di Cione and Simone di Francesco Talenti, it was meant to house the assemblies of the people and hold public ceremonies, such as the swearing into office of the Gonfaloniers and the Priors. It became a symbol of Medici power (shocker 🤣).

Since the sixteenth century, at the time of the Grand Duchy of Tuscany, the Loggia became an expression of the Medici family power. The sculptures, in fact, were chosen according to merely aesthetic criteria but to affirm and represent specific political meaning.

It is a unique example of an open-air sculpture gallery containing antique and refined Renaissance art. With its wide arches, it opens to Piazza della Signoria, adjoining the Uffizi Gallery, and features beautiful sculptures made by artists like Giambologna and Benvenuto Cellini. Those arches are said to have influenced Brunelleschi when he planned the first renaissance building: the Ospedale degli Innocenti. 👈🏼🤩